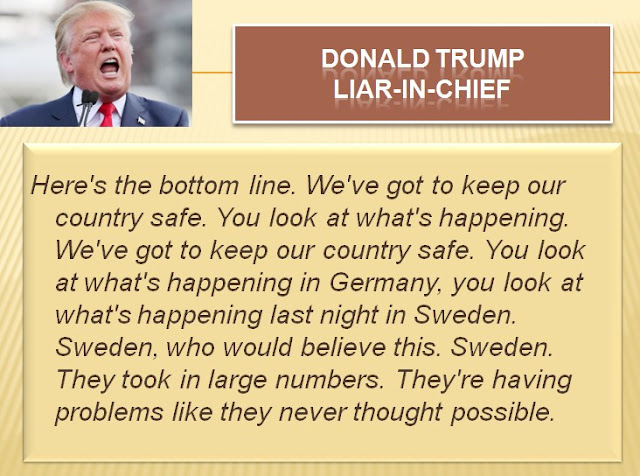 
Nothing particularly nefarious happened in Sweden on Friday — or Saturday, for that matter — and Swedes were left baffled.

“Sweden? Terror attack? What has he been smoking? Questions abound,” Carl Bildt, a former prime minister and foreign minister, wrote on Twitter.

Mr. Trump did not state, per se, that a terrorist attack had taken place in Sweden.

But the context of his remarks — he mentioned Sweden right after he chastised Germany, a destination for refugees and asylum seekers fleeing war and deprivation — suggested that he thought it might have. 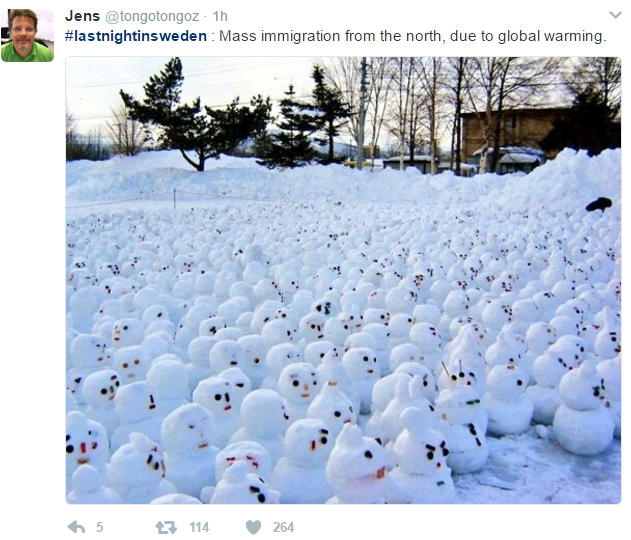