GET ME REWRITE. As you may know, several companies who pay their top executives millions of dollars have made ongoing cuts to their work force since before passage of Tax Cuts for the Rich Act. Knowing this, do you feel more or less favorable towards Republicans in Congress, who most likely received campaign contributions from these bottom-line fat cats? 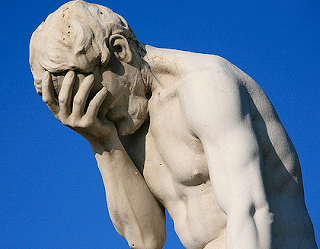 The actual question:  Table POL8_4: As you may know, several companies including Wal-Mart, AT&T, and Wells Fargo have announced wage increases and employee bonuses in response to the reduced corporate tax rate included in the tax bill recently passed by Congress. Knowing this, do you feel more or less favorable towards each of the following? Republicans in Congress


No wonder we're in the shape we're in.

Too many folks aren't paying attention.


Based on the passage of tax reform and the FCC's action on broadband, Brian L. Roberts, Chairman and CEO of Comcast NBCUniversal, announced that the Company would award special $1,000 bonuses to more than one hundred thousand eligible frontline and non-executive employees.

Related posts:
Tax Cuts and Jobs Act bonus round at Sinclair Broadcasting, where big payoffs for execs and layoffs for workers are the norm.  (12/25/2017)
Company talking about reducing its workforce by one-third gives bonuses to its employees.  (12/24/2017)
Whoa, count your blessings. In some cases, Bank of America employees will receive a one-time bonus equal to 0.67% of their annual salary.  (12/22/2017)
Posted by Retiring Guy at 5:27 PM