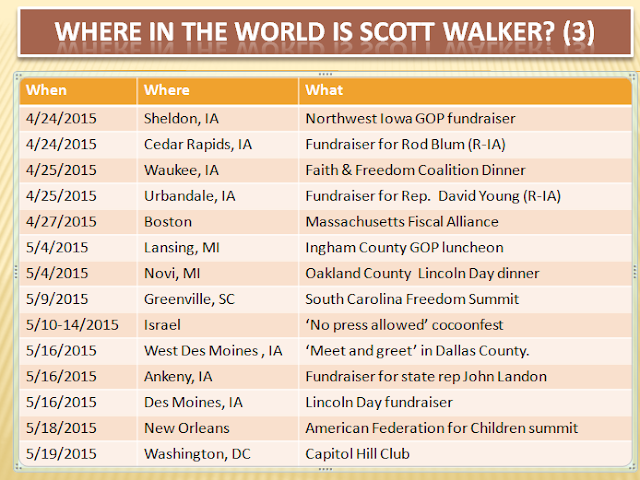 Private school vouchers and charter schools are broadly popular among conservatives who will determine the next Republican presidential nominee. In his remarks Monday, Walker said school choice isn't simply a matter of policy, but a matter of doing what's right.
“Every child deserves access to a great education. For me, that’s a moral imperative," Walker told the summit.


Former Republican State Assembly Speaker Scott Jensen, whose felony misconduct in office charges were dropped in 2010, is now Senior Adviser for the American Federation for Children.

Since 2012, Brian Pleva, American Federation for Children's Wisconsin governmental affairs associate, has made 24 contributions to Republican political candidates throughout the state totaling $3,975.  In 2012, he made 3 contributions totaling $750 to 3 City of Milwaukee candidates for state office.  All 3 of them lost, 2 of them running as incumbents.