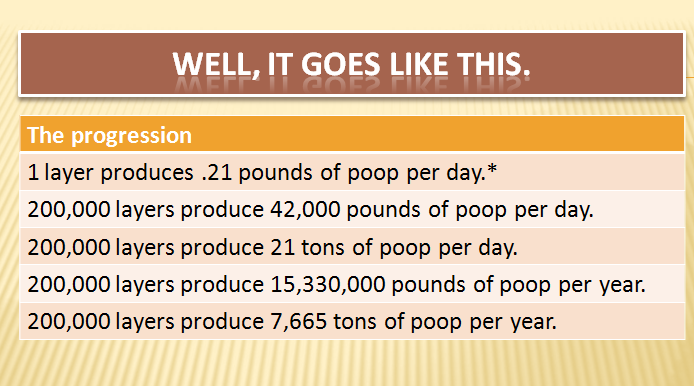 
Experts suspect that migrating waterfowl like geese or ducks that are resistant to the disease are transmitting the disease through either direct contact with turkeys and chickens or indirect contact where a person can step in manure from an infected bird in a park or backyard and then walk into a factory and spread it via his or her shoes, Cook said.

The egg-laying facility in southeast Wisconsin housed all its chickens inside buildings so the most likely scenario is indirect contact, which is why poultry experts are most concerned about people who own backyard flocks of three or four chickens -- a common site in Madison -- transmitting the disease, Cook said. 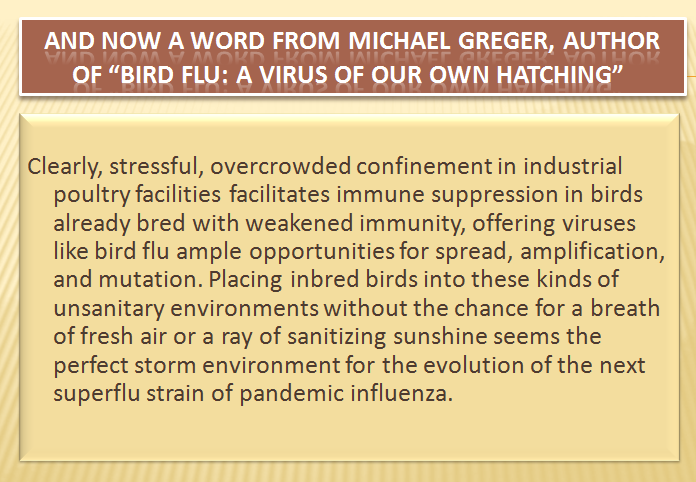 On the other hand, 1 broiler chicken produces just 0.14 pounds of poop per day*.

I learned all sorts of interesting information about viral chicken disposal at yesterday's department head meeting. I won't be involved at all but still took notes.