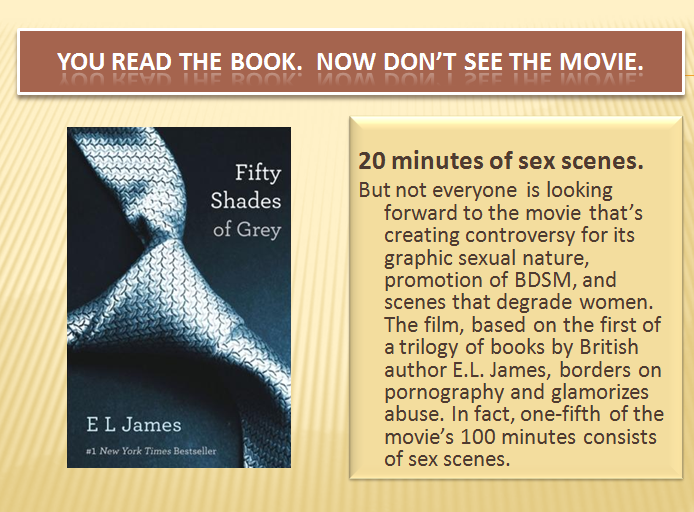 According to Box Office Mojo, 'Fifty Shades of Grey' is set to open on 3,645 screens this Friday.

It looks like AFA needs to work on its timing -- or just STFU.

On February 4th, five days before the AFA news release, the New York Times reported that


Mississippi, Arkansas, West Virginia, Kentucky and Alabama lead the areas where advance ticket sales are significantly higher than expected for an R-rated movie, according to Fandango, the online ticket seller owned by Comcast, which in turn owns Universal Pictures, the studio releasing “Fifty Shades of Grey.”   [emphasis added]