If Oscar winners should be based on ticket sales, why bother with the whole rigmarole in the first place?


“It’s sad, but most people have to finally accept that the Oscars have become, well, elitist and not in step with anything that is actually popular,” said Philip Hallman, a film studies librarian at the University of Michigan. “No one really believes anymore that the films they chose are the ones that are going to last over time.”

The audience clearly cast its vote for Clint Eastwood’s “American Sniper,” a reality-based Iraq war story that has taken in about $320 million at the domestic box office from nearly 40 million viewers. Box-office analysts predict that “American Sniper” will easily take in $340 million before its run is finished, making it the No. 1 film released last year, as measured in domestic ticket sales. 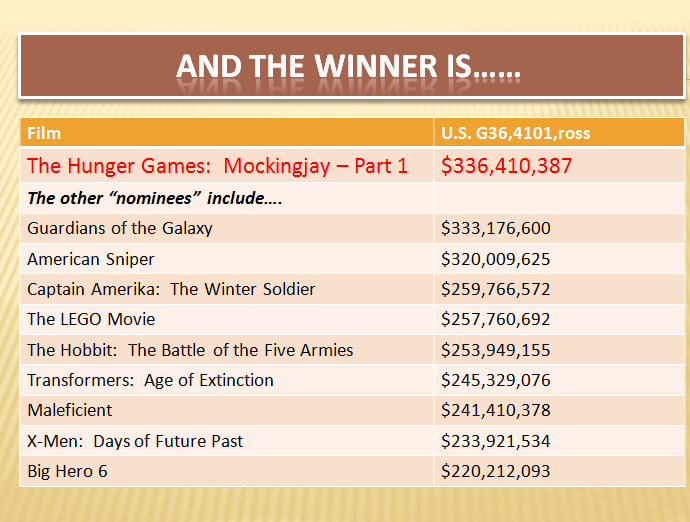 As for this year's Best Picture, here's my follow-up to a Facebook post that 'Birdman' "just didn't do it for me."

I agree.  Outside of being well-acted -- though at times Keaton and Norton were too hammy -- Birdman was pretty much a self-indulgent mess. (Just like Inherent Vice.) And the soundtrack got old after 5 minutes.
Posted by Retiring Guy at 12:48 PM