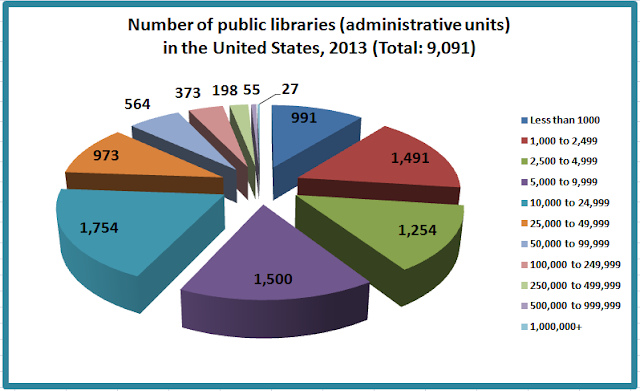 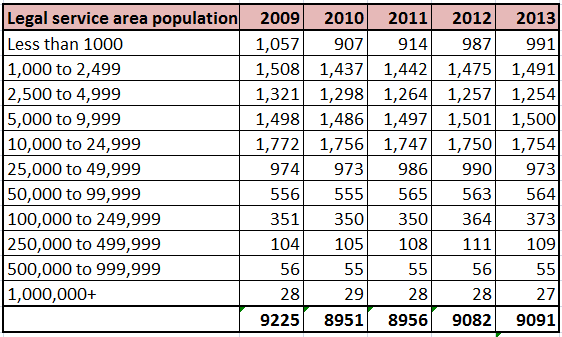 'Public library' as defined by the IMLS is found below. 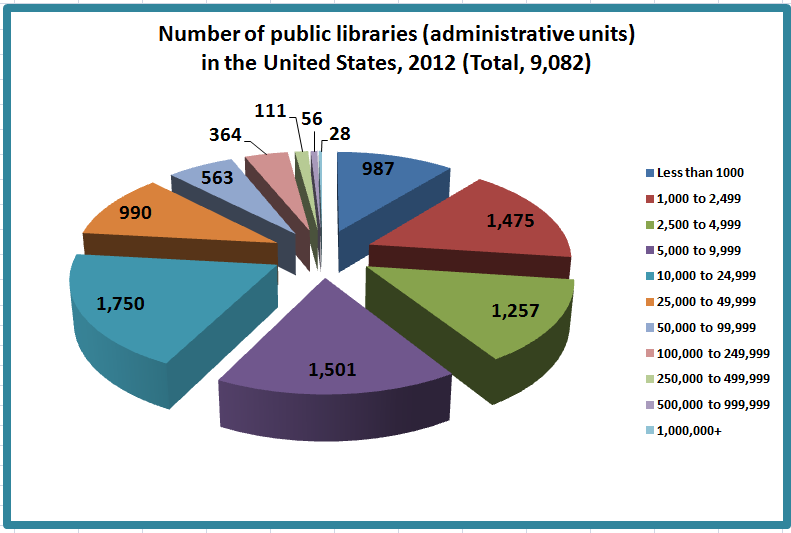 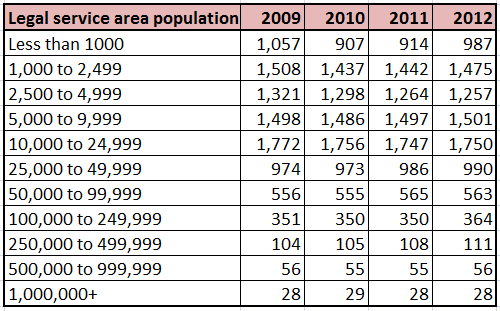 According to Appendix A of the 2012 Public Libraries in the United States Survey -- at least as I read it --  the changes in the numbers for 2012 are due primarily to response rate (97.4%) and shifting among population categories. 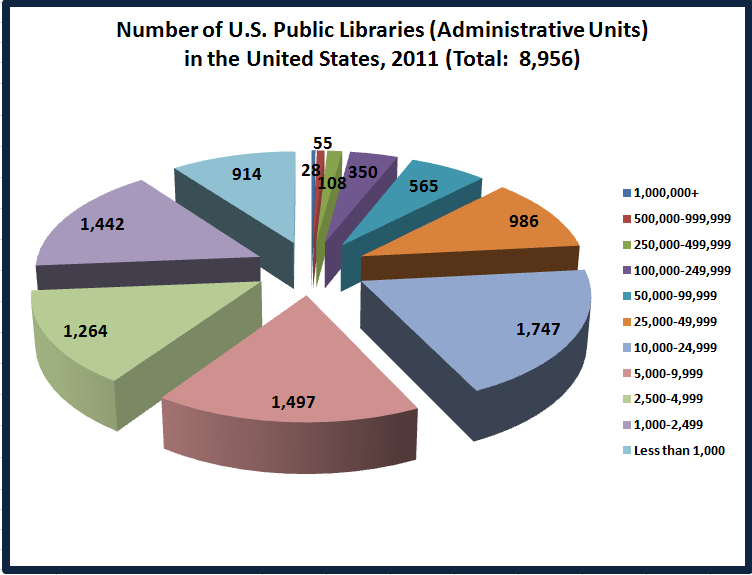 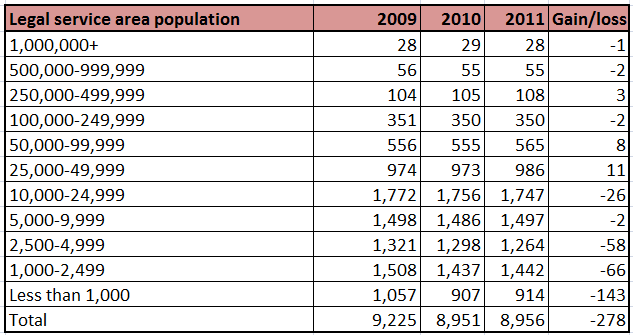 The reason for a drop in the number of libraries in 2010?

It had much more to do with conforming to the FSCS definition of a public library provided below than the actual closing of libraries. 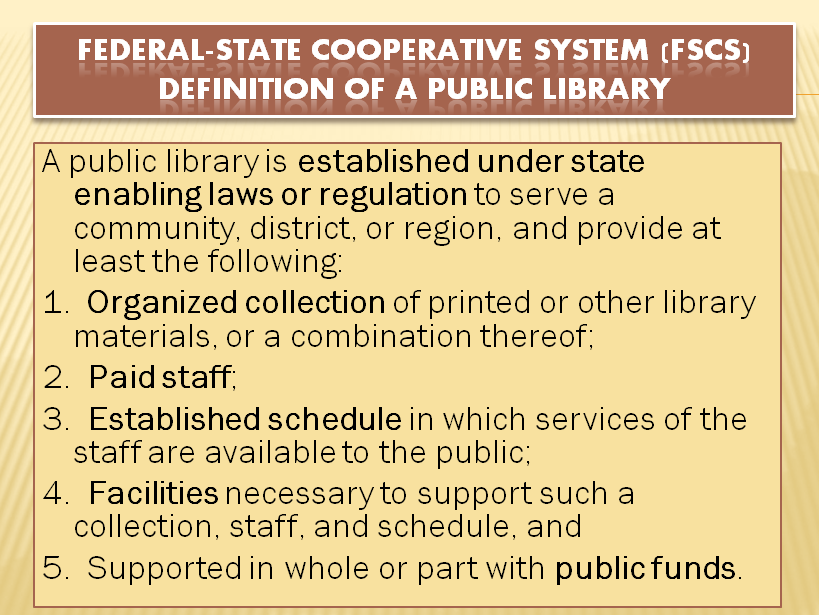 Although this situation occurred in 2011, it provides an example of a library that no longer fits the above definition.
Posted by Retiring Guy at 8:24 AM