Excerpt:   The effect of what the LFB often refers to as a “structural imbalance” is that state policymakers will need to use the first $505 million of revenue growth in the 2015-17 budget simply to provide flat funding for existing programs, before addressing any spending needs relating to inflation, increased numbers of people served, or filling gaps in services. In short, the budget hole helps illustrate that the magnitude of the proposed income tax cuts undermines the state’s future by making it much harder to invest in public services, such as neighborhood schools, which are critical to the state’s economic growth. 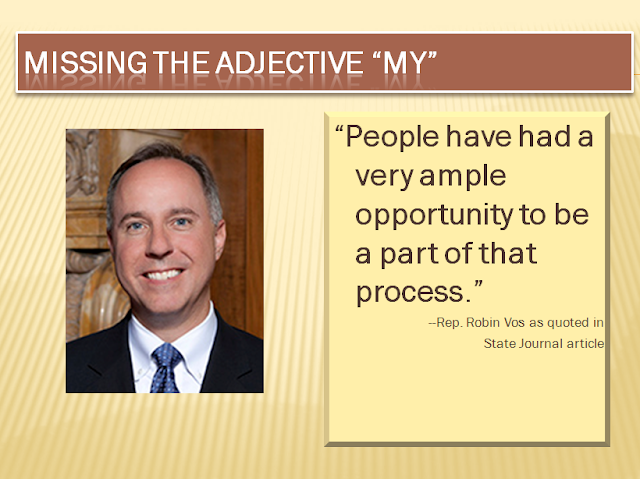 Hmm....I'm trying to remember when these opportunities took place.