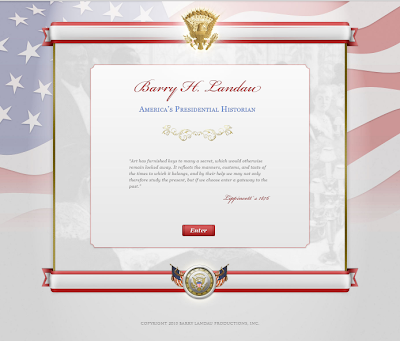 Excerpt:    Lee Arnold, senior director of the library and collections at the Historical Society of Pennsylvania, in Philadelphia, said that Mr. Landau had visited 17 times between December and May, along with Jason Savedoff, 24, who had been working with Mr. Landau and who was arrested with him last weekend.

They were a memorable pair, Mr. Arnold said. They brought the staff Pepperidge Farm cookies, he said, and a copy of Mr. Landau’s book, “The President’s Table: 200 Years of Dining and Diplomacy.” [only Barry Landau title found in LINKcat] Mr. Landau seemed professional, but Mr. Savedoff, whom Mr. Landau introduced as his nephew, did not, Mr. Arnold said. He said Mr. Savedoff had filled out call slips incorrectly and worked through boxes of material in alphabetical order rather than by topic.
Posted by Retiring Guy at 2:20 PM