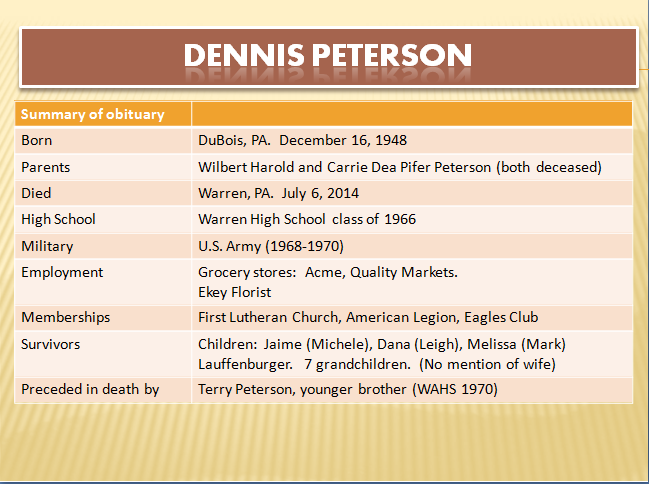 Terry's obituary.  (Not 1969.  I know this because he was once good friends with my brother.  They were in the same class.) 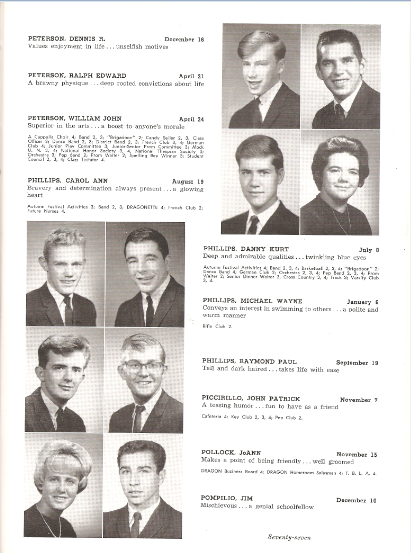 The popularity of Dennis took off during the 1930s and ran a fairly steady course for nearly 20 years.  He's currently at his low historic low point. 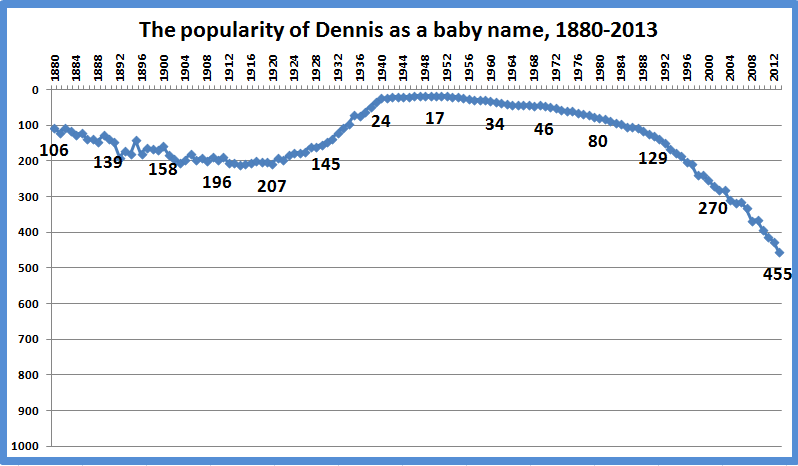 Other Dennises in the WAHS Class of 1966.