It was a man's world.   Mr. Matthiessen was one of the last survivors of a generation of American writers who came of age after World War II and who all seemed to know one another, socializing in New York and on Long Island’s East End as a kind of movable literary salon peopled by the likes of William Styron, James Jones, Kurt Vonnegut and E. L. Doctorow.

Peter Mathiessen, the Art of Fiction #157.  An interview in The Paris Review, Spring 1999.

A Matthiessen bibliography, LINKcat-style.  (List is limited to print books.  Only 1 of his books is available in large print and 3 in an audio version.  These 4 items are not included here.) 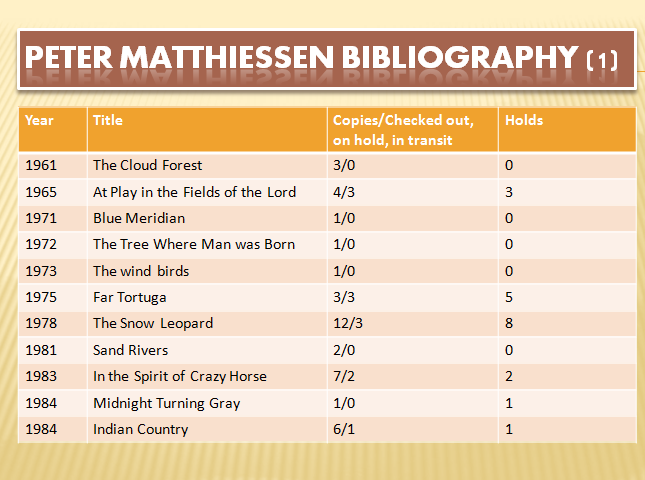 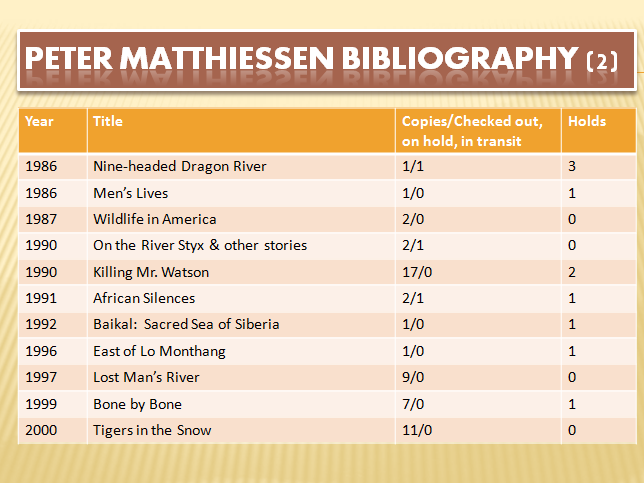 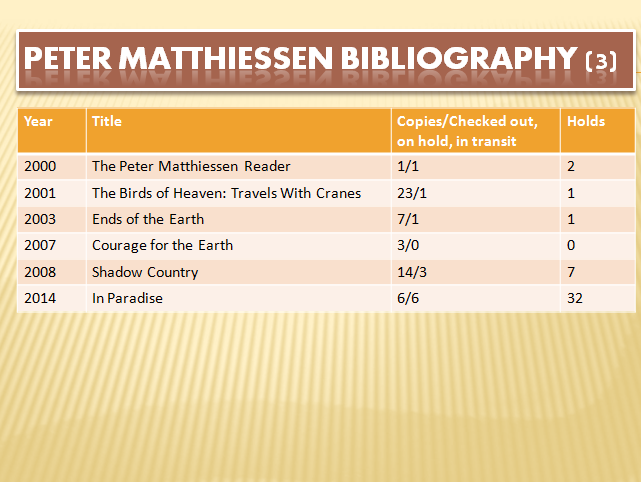 Can claim to have read only 1 of his books, At Play in the Fields of the Lord.  It's been more than 40 years.  Nothing remains.