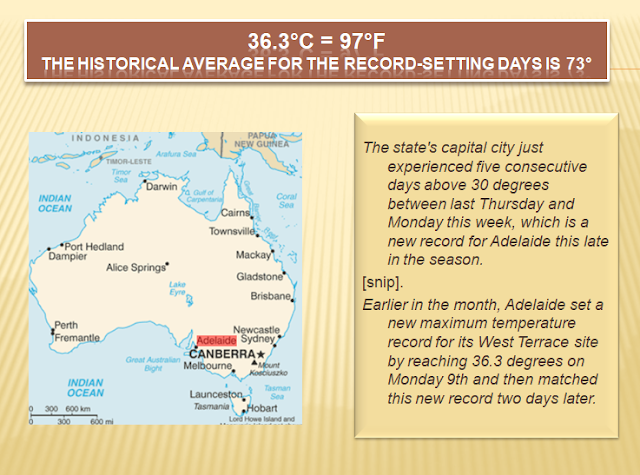 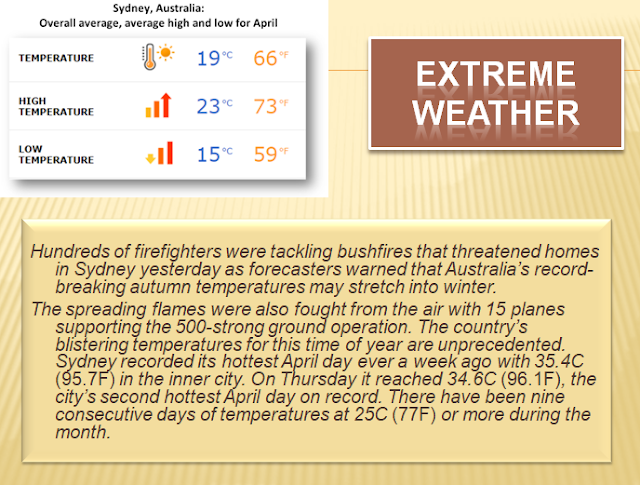 
Just how "extraordinary" it was can be put into numbers, according to Professor Ross Bradstock, director of the Centre for Environmental Risk Management of Bushfires at the University of Wollongong.


At some point, climate change must be injected into the energy debate.  (The Canberra Times, 4/16/2018)


With more records since, an update is likely within days. Notable numbers include Australia beat its previous hottest April day by more than 0.6 degrees, with the whole country averaging just a tad under 35 degrees on April 9.

During the event, Victoria broke its April record for heat and set its 10 hottest April day-time temperatures at various sites.

For NSW, it was six out of the top 10 hottest April days, including the state's first two readings in April above 40 degrees.

Sydney not only had its hottest April day with 35.4 degrees on April 9, but backed it up with a trio of days above 30 degrees. The last of the three coincided with the ignition of a dangerous fire that threatened south-western suburbs and the Holsworthy army base.