"You just tell them and they believe it" UPDATE. The Germany crime edition. 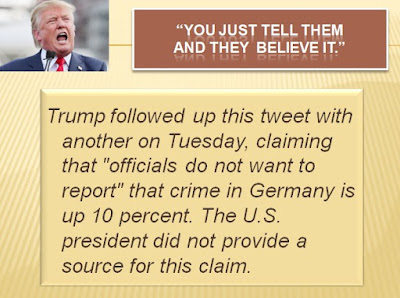 Reported in Trump says crime in Germany is way up. German statistics show the opposite.  (Washington Post, 6/19/2018)

Interior Minister Horst Seehofer released new crime figures in May that pointed to an overall decline in Germany during the past year. The figures showed that 5.76 million crimes were reported in 2017 — a drop of 10 percent from 2016 and the lowest number since 1992. Given the increases in Germany's population, Seehofer told reporters in Berlin, this meant that Germany's reported crime rate was at the lowest it has been for three decades. 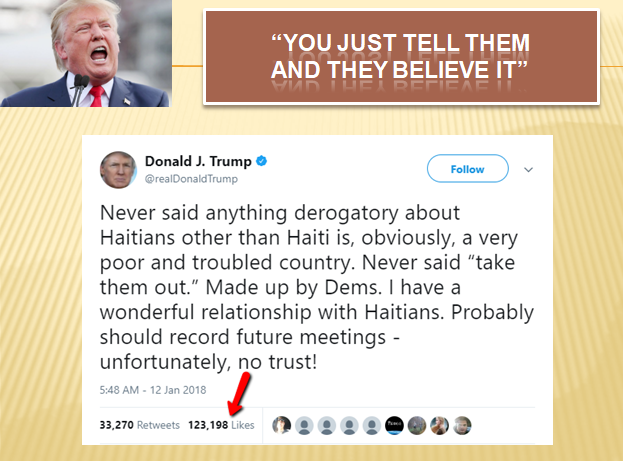 
“Following comments by the president, I said my piece directly to him yesterday,” Mr. Graham said. “The president and all those attending the meeting know what I said and how I feel. I’ve always believed that America is an idea, not defined by its people but by its ideals.”