The junior Senator from Alabama has a 94.24 lifetime rating from the American Conservative Union. 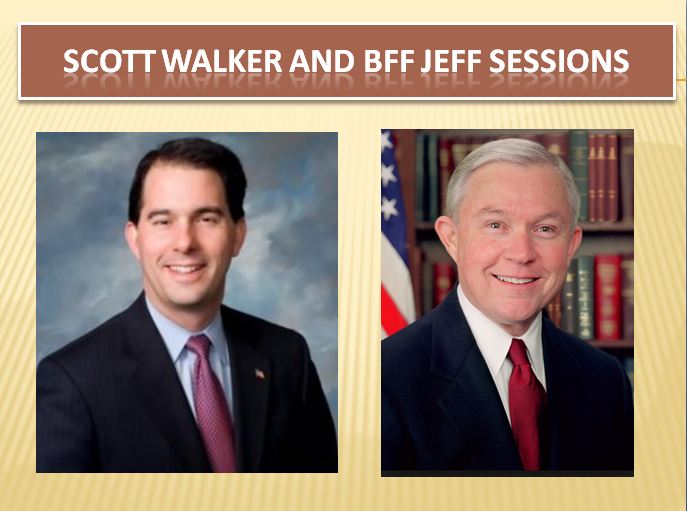 On the advice of the Koch Brothers?


Walker said he had talked with Alabama Republican Rep. Jeff Sessions, chairman of the Senate Judiciary’s immigration subcommittee, who had previously been a rare voice in calling for fewer legal immigrants.


Sessions has long been a critic not just of legalizing undocumented immigrants but also of allowing more immigrants into the United States at all — a view to which many in the GOP take exception.


Scott Walker.  Know him by the company he keeps.