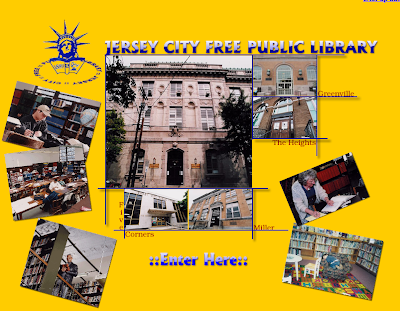 
Link to December 21 Jersey Journal article, "8-year-old Jersey City boy is doing all he can to save his local library".

Paul, who is an avid reader, philanthropist and aspiring writer, is saving the Jersey City Free Public Library one used book at a time.

After hearing about the library's budget crisis, the home-schooled student knew he had to help.

"He thought of selling the books and donating the money he makes," explained Paul's mother, Aleta Valleau.

Paul began selling used books outside a Jersey Avenue consignment store every Saturday. As more people heard about Paul's cause, they began donating books. So far, Paul has raised $81.35 for the library.

Valleau said, "he has been reading since he was 3 years old . and visits the library two or three times a week. It plays a very important role in his life," she said. "It's fun for him, but he also feels good about it because he's doing something."