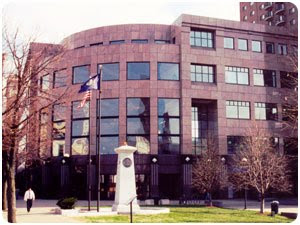 Excerpt: The library board last week approached its favorite candidate with an offer, said board Chairman Larry Smith on Wednesday. But the candidate, whose name Smith would not disclose, declined the job this week, citing a spousal job conflict, Smith said.

The board might reconsider the other two finalists, return to the entire pool of 32 applicants or start over with a new search, Smith said.

"It could be weeks or possibly more if we decide to go back to square one," Smith said.

Excerpt: Lexington's Budget and Finance Committee is calling the city's public library on the carpet for rejecting the mayor's call to cut expenses by $342,000 through June 31.

With the city facing a $13 million revenue shortfall, the mayor asked all city departments and agencies that get support from the city — such as the library, the Urban League and the YMCA — to cut costs for the rest of fiscal year 2010.

"It's not like we're asking them to reduce that amount every year," said 8th District Councilman George Myers, after the budget committee's meeting Tuesday. But the expectation is "everybody shares in the pain," he said.

In a letter to the mayor in January, Larry Smith, chairman of the library board of trustees, said board members discussed giving some of its revenue to the city's general fund. "However, the board voted unanimously to respectfully decline your proposal," he said.