And to think we could have Penny Bernard Schaber in the State Senate instead of this mannequin.  (I'd go with the 1st synonym under #1.) 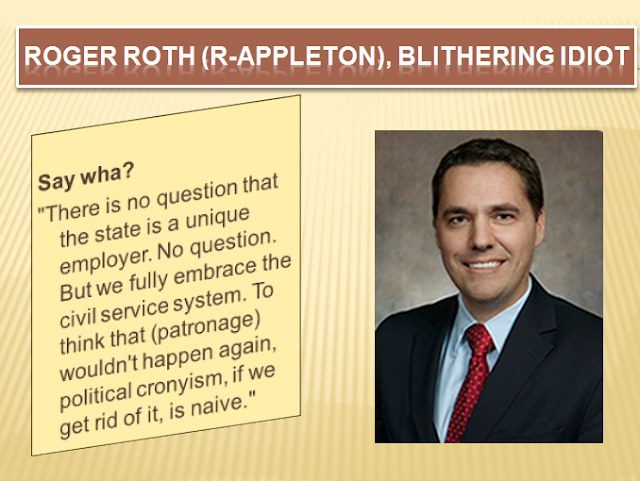 
Just three days after ending his presidential run, Wisconsin Gov. Scott Walker sought to reassert his conservative credentials Thursday by backing a proposed overhaul of the state's civil service system for 30,000 employees, saying its safeguards against political patronage in hiring and firing state workers need to keep up with the times and the crush of retiring baby boomers.


My guess is that after this summer's humiliation, as shown in the line graph below, Scott Walker is in the mood for some indiscriminate crushing. 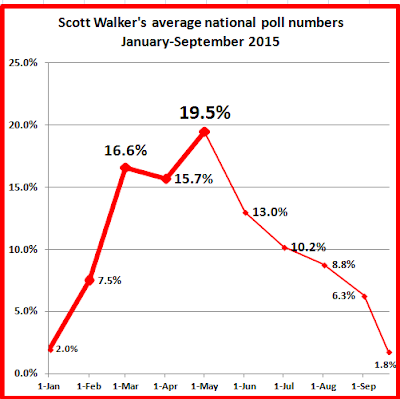 
Yes, Andy, we had every right to be alarmed.