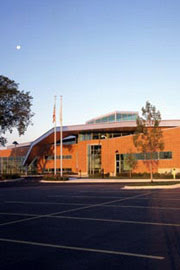 Excerpt: Library staff is analyzing hours of library usage as it discusses where to make the cuts.

The library is looking at opening an hour later on Sundays and eliminating the premium pay for its employees on those days. Those moves would save an estimated $200,000.

The library also is exploring voluntary separations and could implement furlough days for its employees. Library facilities would be closed on these furlough days.

Hours per week for full-time staff may also be reduced. That in turn could also mean fewer library hours. If those are morning hours, some children's programming could be cut. If those are afternoon hours, it could be teen programming that gets the ax.

The majority of the library's roughly 290 employees already work part-time. Lebeau said the library follows a continuous improvement model so it already runs a tight ship.

"We're looking at this all the time," she said. "Is there a better, faster way of doing something. So there really hasn't been a lot of room."

The library already eliminated paid public programming and reduced its training and materials costs. Further cuts to the materials budget are likely.