Day by day: What Trump administration officials and GOP sycophants did about the virus (July 15-31, 2020) 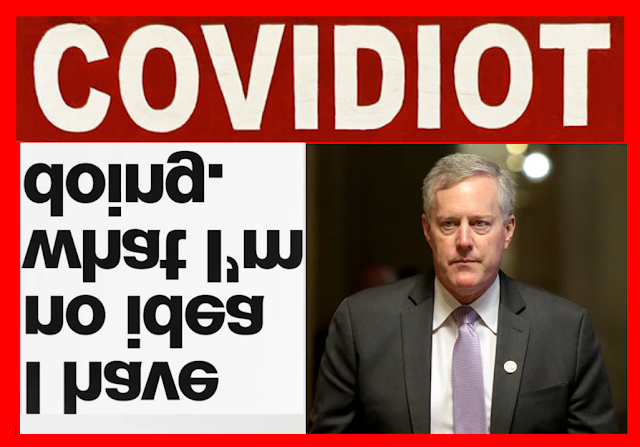 And so we're not going to have a solution to this [COVID-19]. It's not masks. It's not shutting down the economy. Hopefully, it is American ingenuity that will allow for therapies and vaccines to ultimately conquer this. 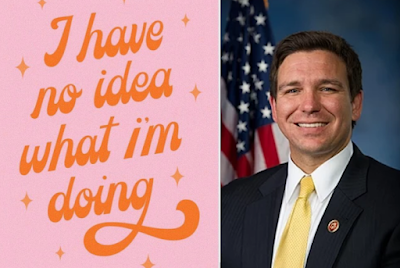 As Florida became a global epicenter of the coronavirus, Gov. Ron DeSantis held one meeting this month with his top public health official, Scott Rivkees, according to the governor's schedule. His health department has sidelined scientists, halting briefings last month with disease specialists and telling the experts there was not sufficient personnel from the state to continue participating.

"I never received information about what happened with my ideas or results," said Thomas Hladish, a University of Florida research scientist whose regular calls with the health department ended June 29. "But I did hear the governor say the models were wrong about everything."

One year later, the virus continues to ravage Florida.  Its 7-day average of new cases is as high as it's been since January 31. 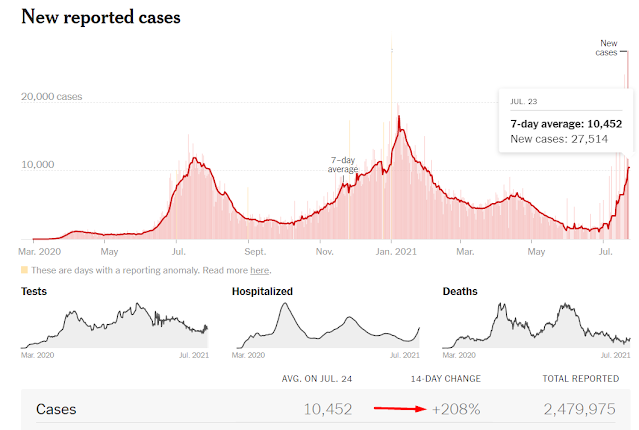 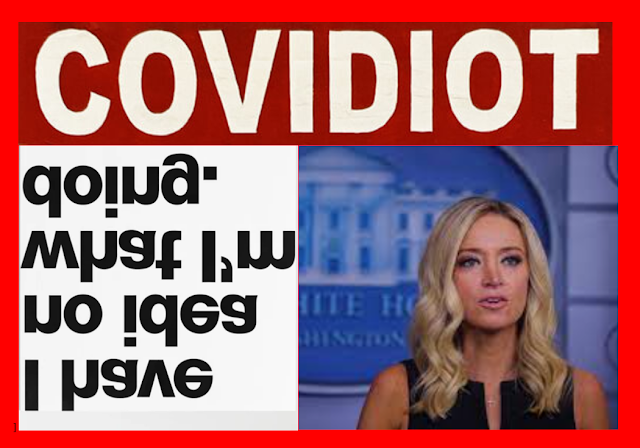 But when McEnany was asked about Trump’s tone, she said, “There has been no change.” She added later of Trump, “He hasn’t changed.”

To some degree, she was doing what any spokesperson would do in a similar circumstance. To admit a change in course would be to admit that the previous course was faulty. Trump has long been criticized for failing to appreciate the threat of the coronavirus and for downplaying its course and true danger.

But trying to avoid such a perception comes with its costs. Americans overwhelmingly and increasingly have disapproved of how Trump has handled the virus. 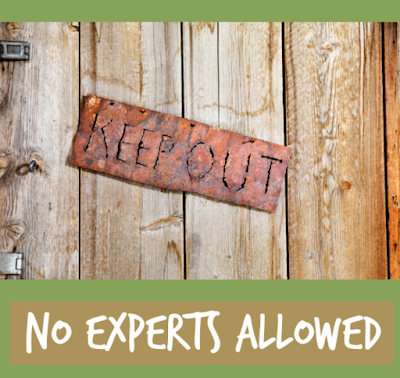 On Thursday the CDC released several new documents that emphasize the benefits of school, in line with President Trump’s messaging. Some of the guidance was written by White House officials rather than experts at the CDC, people familiar with the process said. 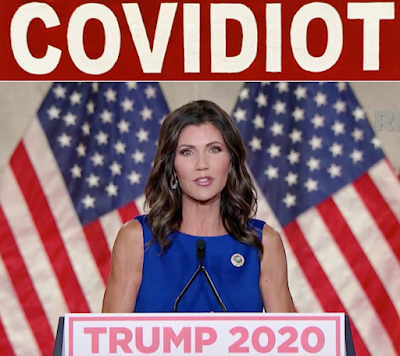 Noem has seen her national profile rise among conservatives as she took a hands-off approach to the pandemic, avoiding orders for lockdowns or business closures. The governor's pursuit of a national spotlight has led to speculation that she has political ambitions beyond South Dakota, but she has said she is content to remain in her home state. 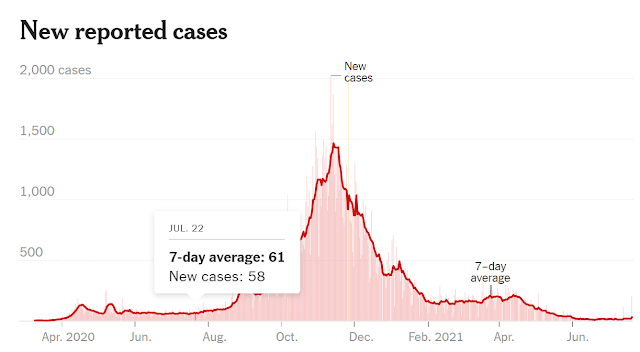 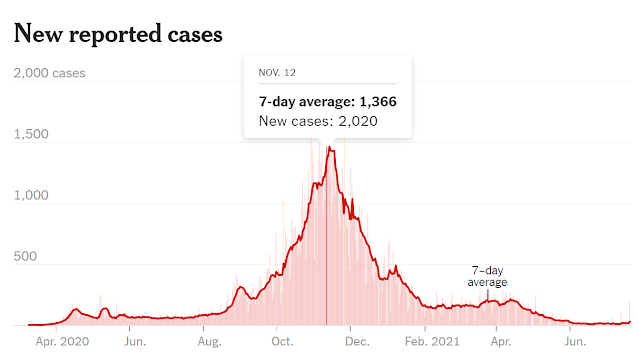 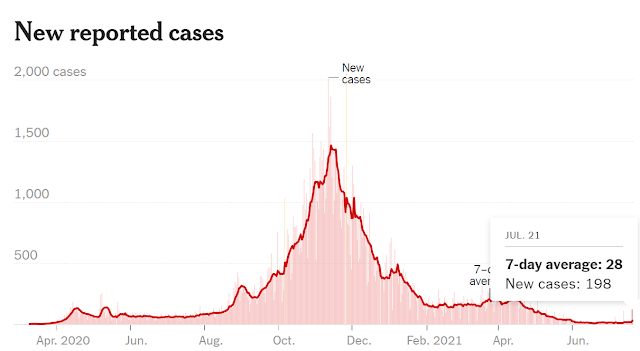 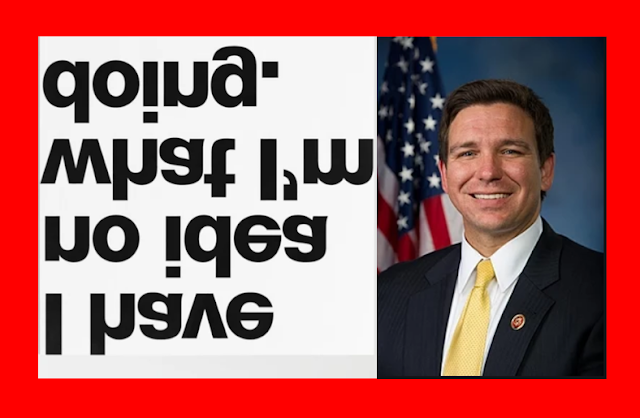 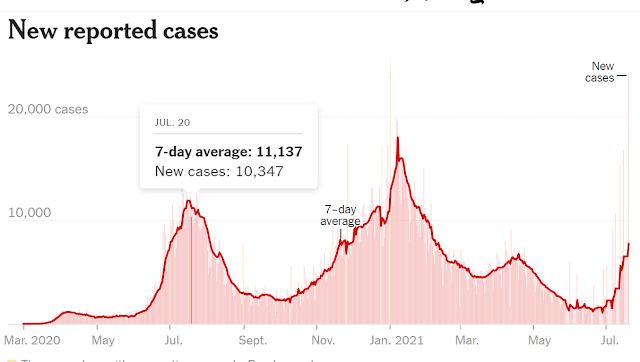 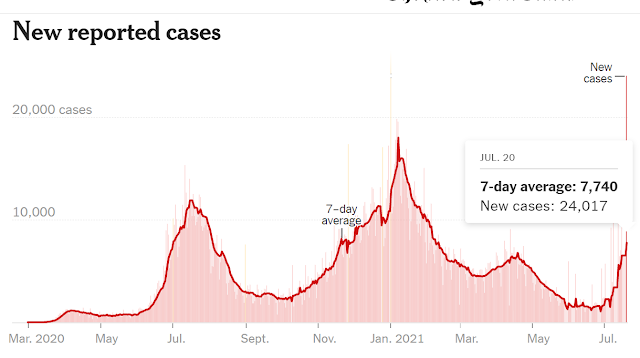 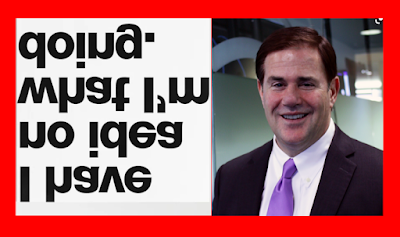 Ducey has pushed the traditional August 1 school opening to an “aspirational” date of August 17. He has ind.icated that he’ll make a decision on school reopenings next week.;

Currently, the 14-day average of new cases is up 79% in Arizona. 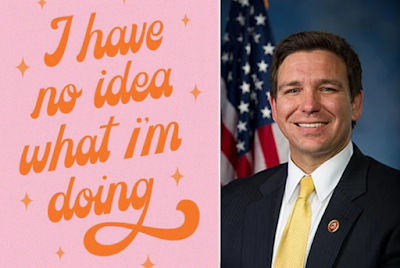 So I think that that is something where we can say that we’ve certainly reached a point of stability on the percent positive and I do think you’re seeing a slight downward trend. It will take a little time for that to filter out and remember the test results that are being reported, they’re from private labs, many of those are reflecting infections that probably happen seven to fourteen days ago.

He said the same thing 12 days ago. 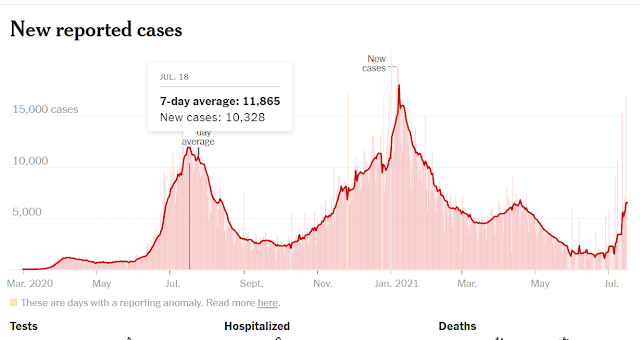 New York Times
And look what happened in January and is happening now!

Gov. Greg Abbott in recent weeks began mandating wearing masks to slow the spread of the coronavirus and, along with the governor of hard-hit Florida, closed down bars that appeared to be a major cause of the increasingly younger victims contracting it.

Austin Mayor Steve Adler said Trump and Abbott mistakenly downplayed the dangers of the pandemic and the effectiveness of wearing face masks to slow the spread.

“The messaging coming out of Washington and out of, from my governor very early in the process was that it wasn't important, wasn't necessary,” Adler said on CNN. “Then our governor started endorsing masking, but he wouldn't make it mandatory. That sends a confused message. If it’s just recommended but not mandatory, is it really important?” 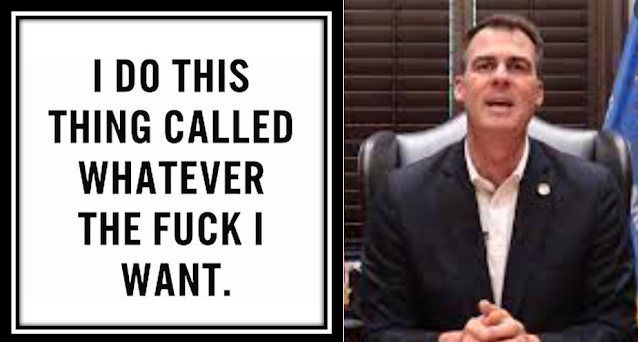 The news came as coronavirus cases and hospitalizations surged in the state. Stitt, who opposes a statewide mask requirement, has faced criticism for not taking more drastic action to fight the outbreak. He encouraged President Trump's June rally in the state, contrary to the advice of public health officials. Stitt attended the rally, without a mask.

And at this point in time, the Covidiocy has only just begun.