Greetings from Trump's America: Webster County, Iowa, 87% white, Trumpier than it was in 2016, and with too many unvaccinated residents getting sick with the delta variant virus 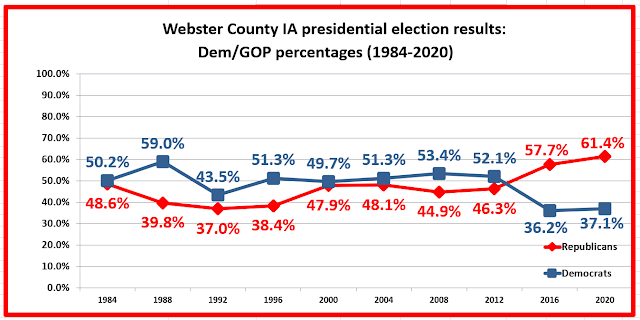 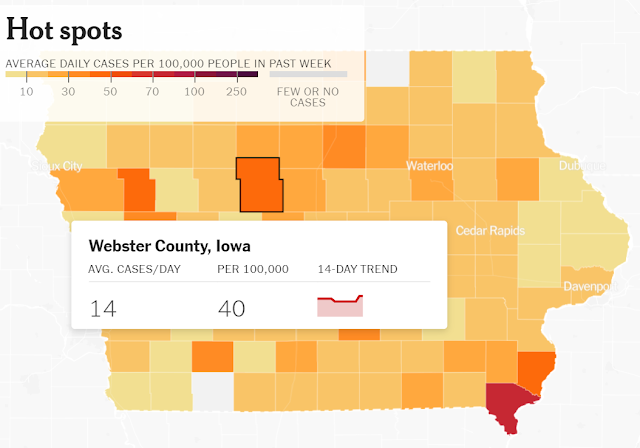 New York Times
After experience a huge peak in November, Webster County is once again heading in the wrong direction this summer. 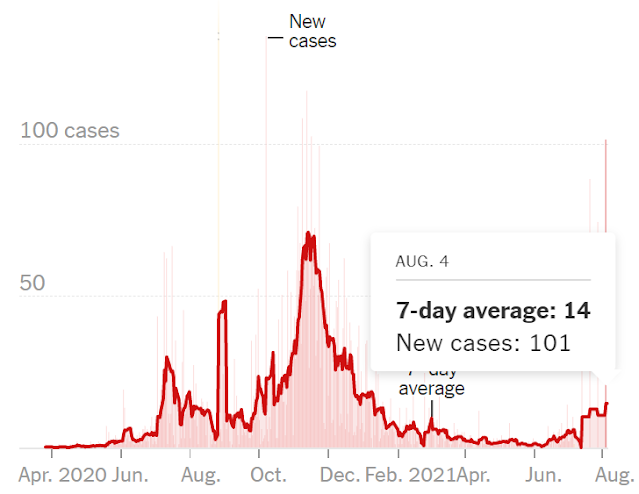 New York Times
Webster County's vaccination rate (share of population who are fully vaccinated) of 47% on par with the state average of 47.2%. 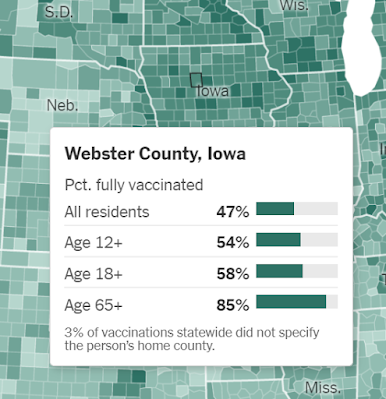 
Like their Wisconsin counterparts, the Iowa GOP gives lip service to cartoon conservative principles.  Cities like Fort Dodge aren’t asking for a bailout, however. Just the opposite. Fort Dodge Mayor Matt Bemrich was among those repeating the “leave us alone” mantra: Don’t deprive us of property tax revenue — thanks to the cut in commercial property taxes — and then threaten to take away the backfill paid to offset that loss in revenue. Don’t preach the virtues of local control and then give us little say in the siting of hog confinements. 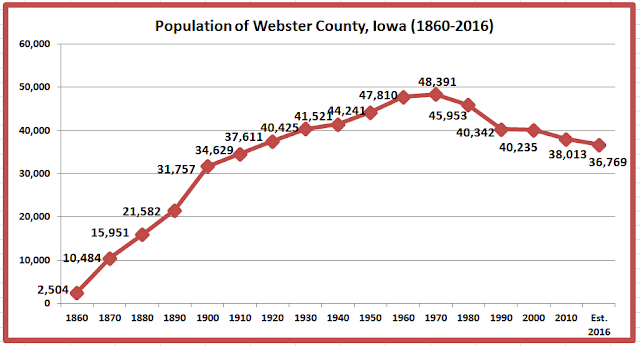 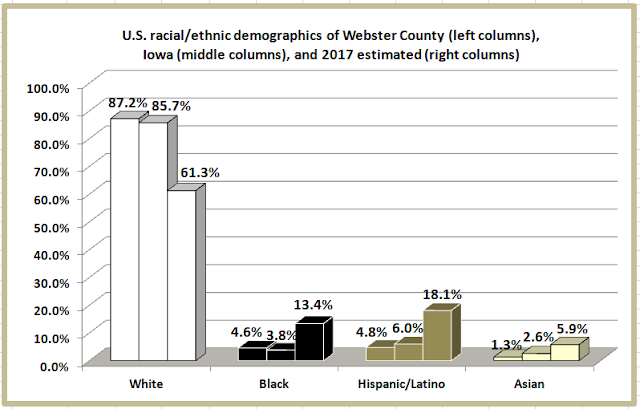