A Koch Brothers agenda that strips away local control, voting rights, and environmental protections -- just to scratch the surface.  That's not the Madison I have known since moving to Wisconsin in 1978.

This is what representative government in Wisconsin looks like.  GOP legislators who represent districts in the southeastern corner of the state determine what is best for all of us.

Each red arrow designates where the sponsors of SB533 live. 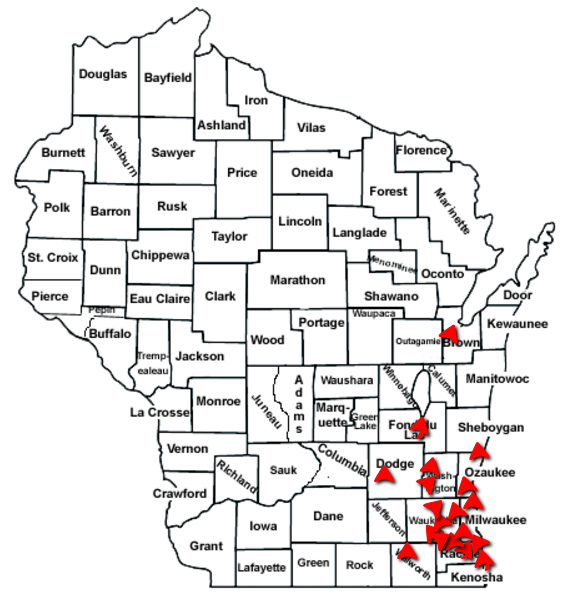 Neener-neener-neener, they taunt, thumbs in ears and fingers waggling.  You can't do that!

SB533 was passed on party line votes in the Senate and Assembly last month.  Unless Walker vetoes the bill, it will become law on April 27.