Greetings from Trump's America UPDATE: Mingo County, West Virginia, 96% white, just as Trumpy as it was in 2016 and sick with the delta variant virus 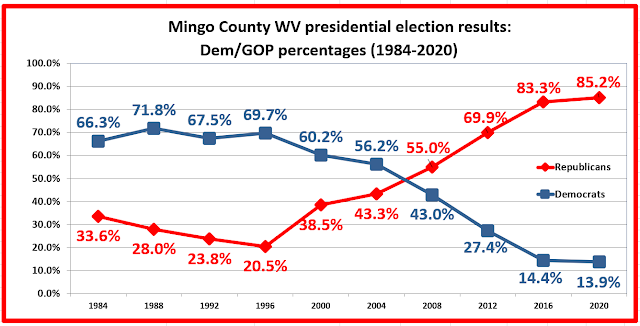 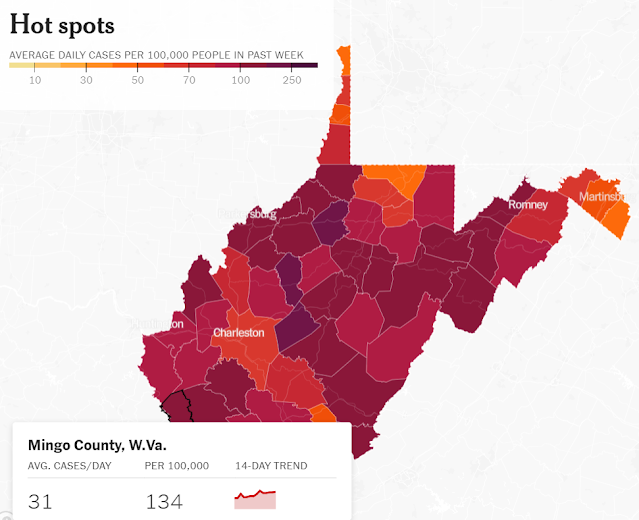 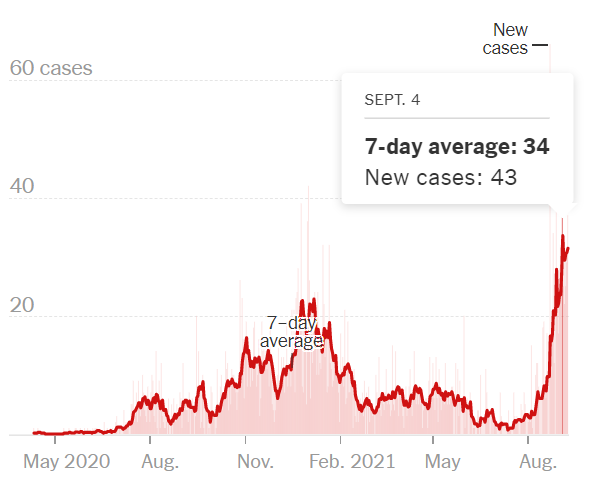 New York Times
Mingo County's vaccination rate (share of population who are fully vaccinated) of 30% is below the state average of 39%. 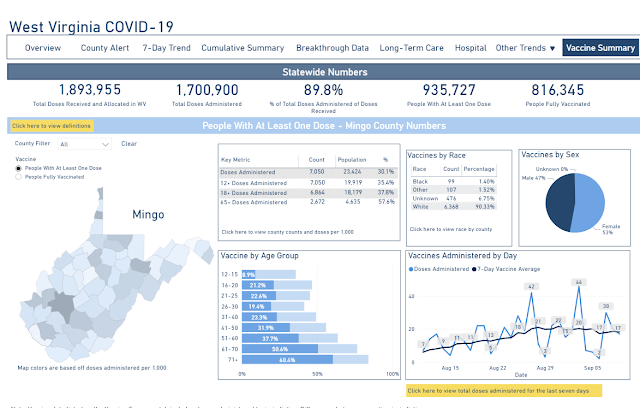 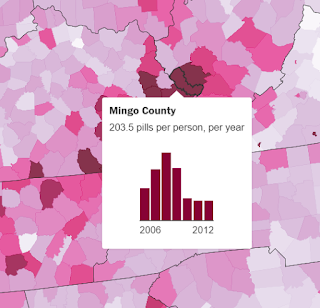 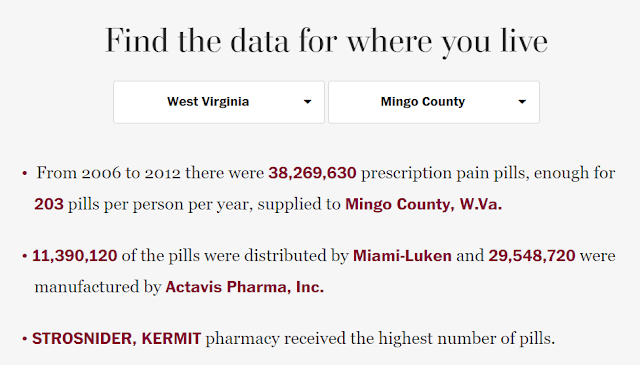 
County-by-county data shows that sales of opioids were often focused on areas most blighted by the epidemic, including some of the poorest parts of Appalachia. At one point, the highest per capita deliveries were to rural Mingo county, West Virginia, where “pill mills” and pharmacies were raking in money by churning out prescriptions without question to anyone who paid cash. The practice drew caravans of drug users from hundreds of miles away.


According to the study, six of the top 10 counties in the U.S. shouldering the highest per-capita economic cost are located in West Virginia: Boone (No. 1), Cabell (No. 3), Wayne (No. 5), Mingo (No. 7), Summers (No. 8) and Berkeley (No. 9). Those counties also have some of the highest drug overdose death rates in the state. 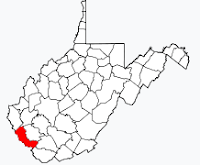 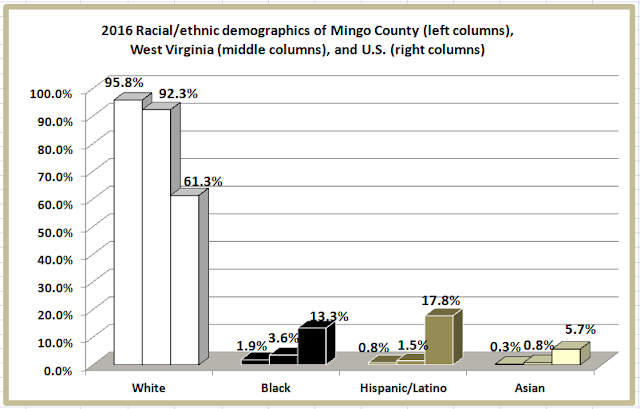