Excerpt: The group [Americans for Prosperity] , founded by the billionaire brothers Charles and David Koch, did not back specific candidates, but it targeted incumbents in the town, Coralville, for their role in running up a $280 million debt. Yet the involvement of an outside group provoked so much anger that the race became as much a referendum on the group’s involvement as on the issues themselves, and it captured national attention, including from the White House. 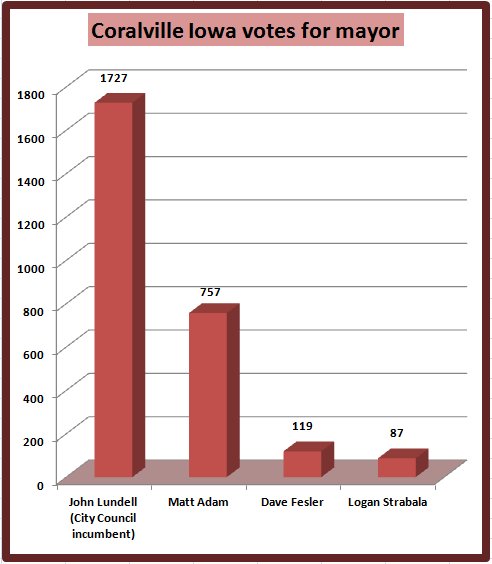 Voters may choose up to 3. 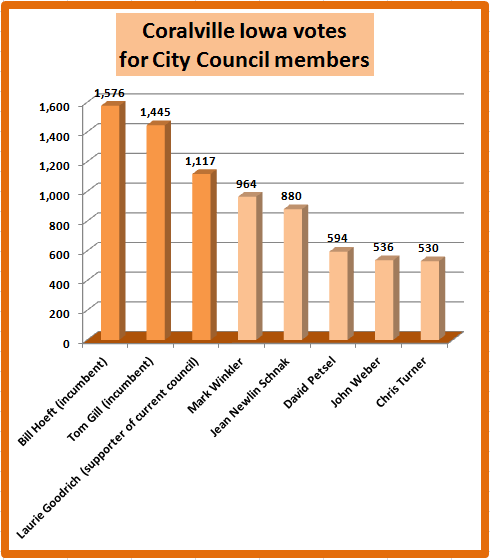 Sue Dvorsky called it.  "I actually think it's going to backfire", it being Americans for Prosperity's involvement.

Source of voting results:  Coralville Courier, "Coralville votes for more of the same", 11/5/2013.

Sadly, the voter turnout of 24.4% set a new record for an off-year (i.e., mayoral/council) election.
Posted by Retiring Guy at 2:17 PM