Candidate Applauds Effort to Eliminate Office for Which He is Running 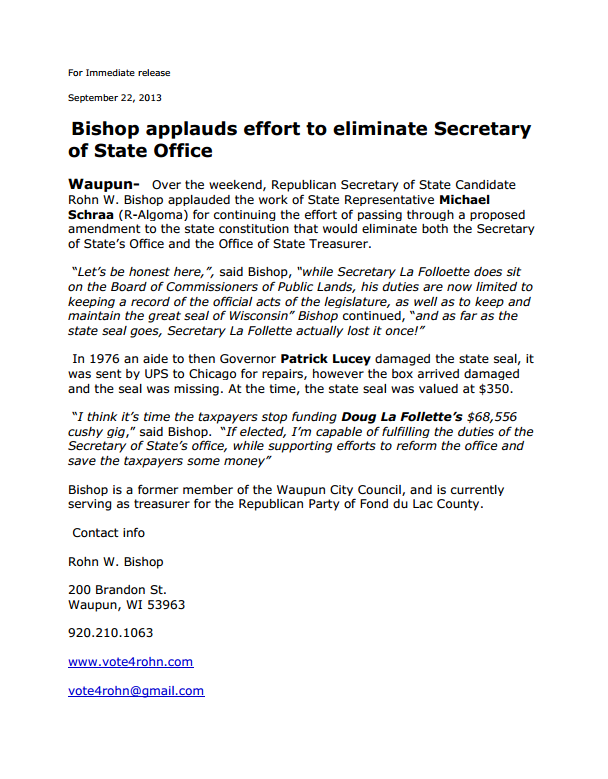 About:
I am a candidate for Wisconsin's Secretary of State Office. Doug La Follette was first elected to the office in 1974, and in that time he has watched as most of the duties of the office have been transferred to other departments.

How he describes himself on Twitter:   Treasurer, Republican Party of Fond du Lac County {so then, who's this Jim Kiser dude?) , Former City Council member, City of Waupun Cubs Fan, Packers Fan, and all around good guy Waupun,WI.

Sidebar:  You won't find 'Rohn' on the Social Security Administration's list of top 1000 most popular baby names, going back to 1880..

Related post:
Current proposal to eliminate Wisconsin's Secretary of State and State Treasurer leaves Board of Commissioners of Public Lands with one current officer.  (7/9/2013)
Posted by Retiring Guy at 8:24 AM