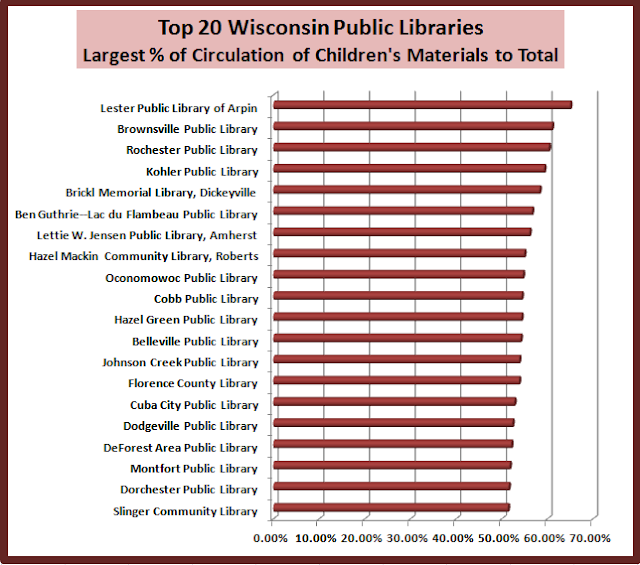 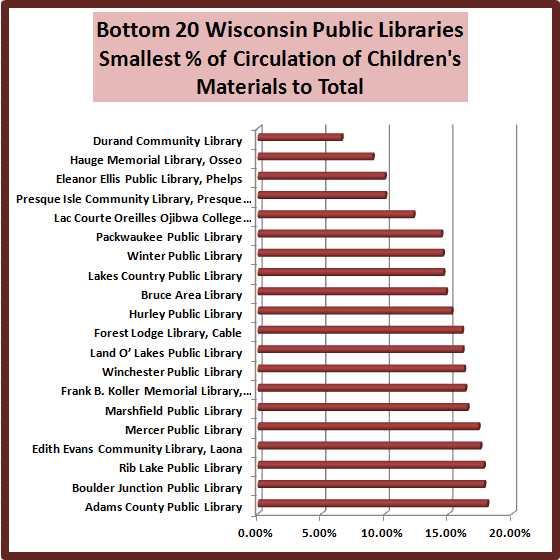 Random thoughts:  As I know from my nearly 4 months as Interim Director at the Portage Public Library in 2009, having a below average percentage of circulation of children's materials is no reflection on the quality of or enthusiasm for providing library services to children.  Dawn Foster is the evidence I offer to back up this observation.

Looking at the names of the libraries that are listed on these bar graphs, one might deduce that demographics play a small role -- and geography maybe not so much, as the majority of the top and bottom 20 libraries serve rural populations.

But beyond these cherry-picked examples, I am not be able to establish a unbroken pattern using all of the communities listed in the bar graph below.   Waterford, for example, is above the average percentage for both the under-18 and 65-and-over categories. 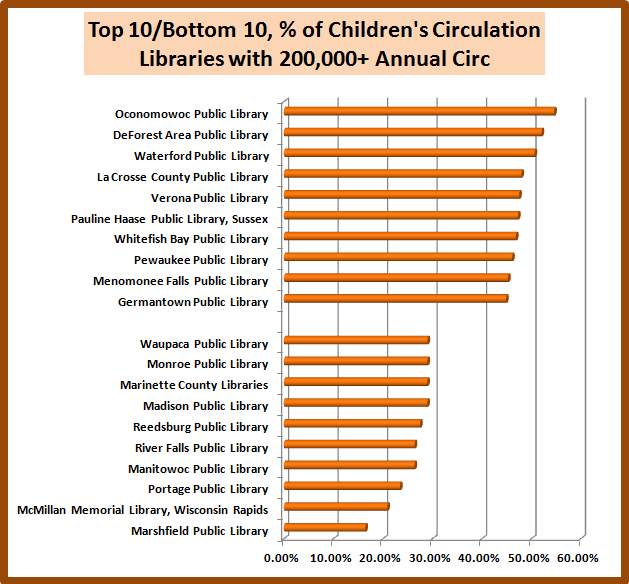