UPDATE. Trump has yet to scream 'fake news' over limp TV ratings for Afghanistan speech


Of course, the one person who cares deeply about the Nielsen ratings is the president, who has been fixated on TV metrics since his competition series "The Apprentice" first bowed on NBC in January 2004. The first season of the show, which Trump hosted and executive-produced, was a ratings sensation, averaging 20.7 million viewers and a 10.1 rating in NBC's target demo, which works out to around 13 million adults 18 to 49.

"The Apprentice" quickly lost steam, however, and by the fourth season, the show was averaging half as many viewers in the demo. 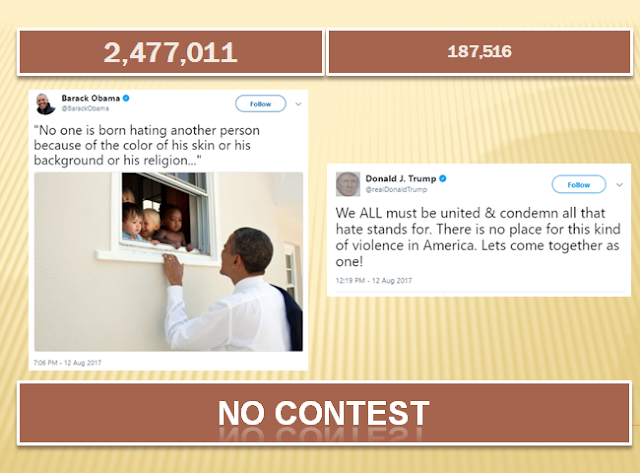 
Former president Barack Obama still knows how to find the right words after a national tragedy.

With more than 2.4 million likes and counting, Obama's tweet Saturday quoting Nelson Mandela in the wake of white supremacist violence in Charlottesville, Va., is the third-most liked tweet since Twitter launched.