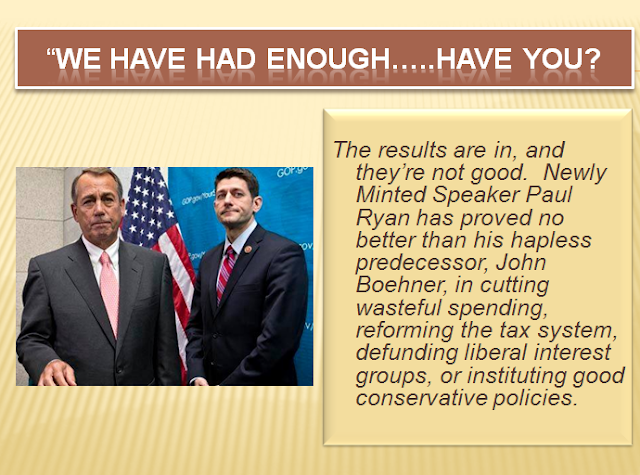 so sez the Green Bay Wisconsin Tea Party
on its homepage


“There are people who are seriously looking for that,” said James Murphy, founder of Green Bay Tea Party. “There is a sympathetic ear to having someone beat him.”

The Ryan campaign team in Wisconsin has shrugged off the threats, treating them as mere talk in the absence of a viable candidate to mount a challenge in the district.