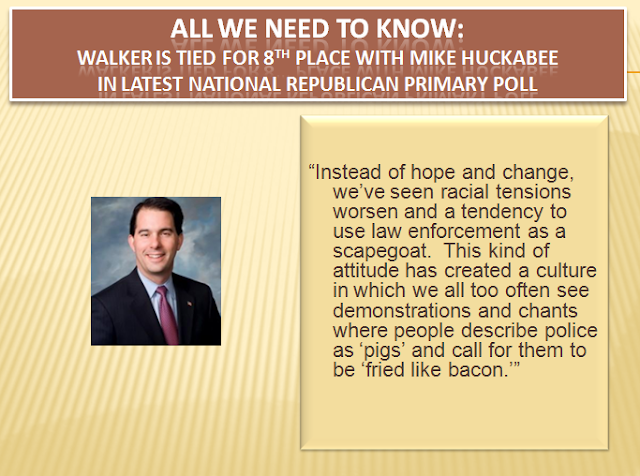 As quoted in the Madison.com article

As far as I can tell, the use of  'fried like bacon' took place 2 days ago at a Black Lives Matter demonstration at the Minnesota State Fair.   Walker is using this incident for 'maneuvering' purposes only.  He need to regain the support of self-identified 'very conservative' Republican  primary voters.

To be sure, Scott Walker doesn't address his own record on the issues of race in a 9/2/2015 Hot Air op-ed piece. 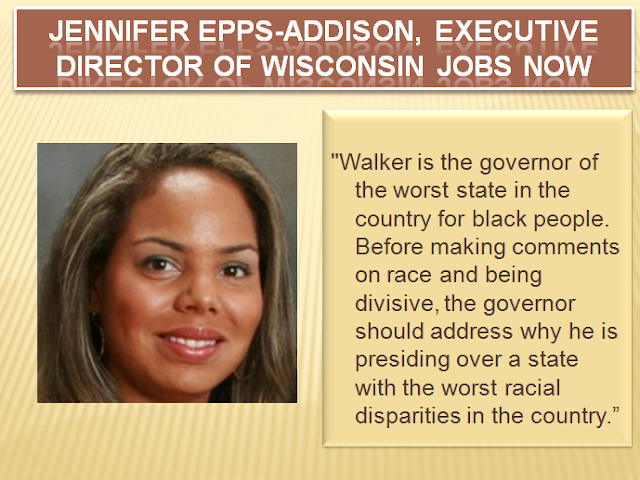 As quoted in Scott Walker's False Promise of Racial Unity.  (The Center for Media and Democracy's PR Watch, 8/17/2015)


A study released earlier this year found that Wisconsin has the country's highest black-white gap in terms of income, employment, health, incarceration, and education--problems that have grown worse during Walker's 25 year tenure as an elected official, and some of which can be directly tied to policies he promoted.