Boom and Bust in North Dakota and Montana 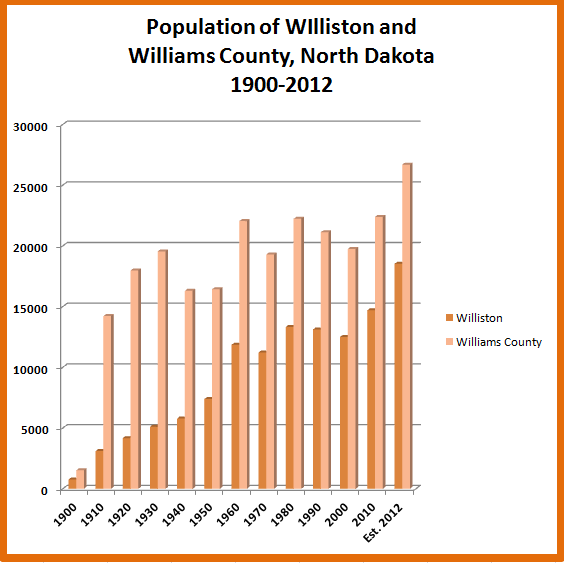 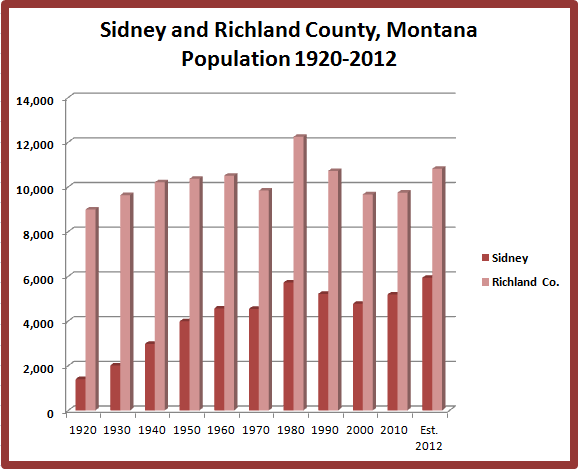 About that 1980s spike in population.   At the beginning of the oil boom in the late 1970s, local community members convinced Toby Holm's mother and father to build a 200-person trailer park to help house all of the workers flocking into the town.

"It was a huge endeavor and my mother worked until her fingers literally bled," said Holm. But the money flow stopped abruptly about five years later, and the trailer court that once boasted a 200-person per trailer waiting list was down to just five trailers. What had become a lifeline for Holm's parents was repossessed.   (From "When a Boomtown Goes Bust:  "Sudden Desertion", KPAX, 12/6/2011)

Some figures presented in this article.