Another Bad Month for Wisconsin on the Federal Reserve's Coincident Index 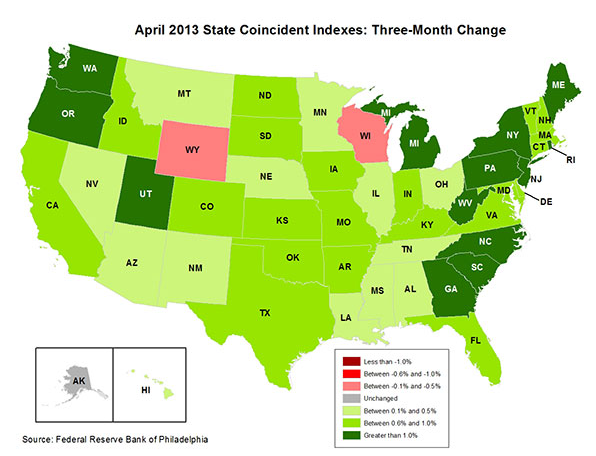 State Coincident Indexes as described on the FRB website.

The Federal Reserve Bank of Philadelphia produces a monthly coincident index for each of the 50 states. The indexes are released a few days after the Bureau of Labor Statistics (BLS) releases the employment data for the states. The Bank issues a release each month describing recent trends in the state indexes, with special coverage of the three states in the Third District: Pennsylvania, New Jersey, and Delaware.

It won't be long before summer hiring and spending is reported. I expect plenty of press releases taking credit for the annual bump.