The Bookmobile in the United States 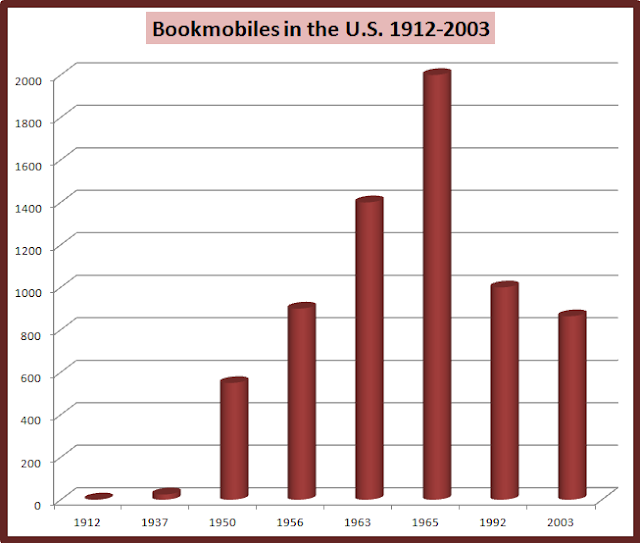 Excerpt from "The Library Services and Construction Act" by John C. Frantz, Published in the ALA Bulletin Vol. 60, No. 2, Federal Librrary Legislation, Programs, and Services.  (February 1966), pp. 149-152

From 1957 to 1964 the rural Library Services Act had conspicuous success in extending and improving public library services to more than 40 million persons living in places with less than 10,000 population.

A U. S. Office of Education study conducted in 1956 revealed that 26 million rural residents were without any public library service and that more than 300 rural counties had no public library within their borders. The study also reported that an additional 50 million rural residents had only inadequate service.   The Library Services Act of 1956 was a significant step forward in providing improved library services for these neglected areas.

As this column graph demonstrates, bookmobile service is slowly on the wane.  There were 874 bookmobiles in operation in 2001, 734 in 2010.  And the news isn't getting any better.  [And here.]

According to the Public Library Service Data, there were 8 bookmobiles in operation in Wisconsin in 2011. 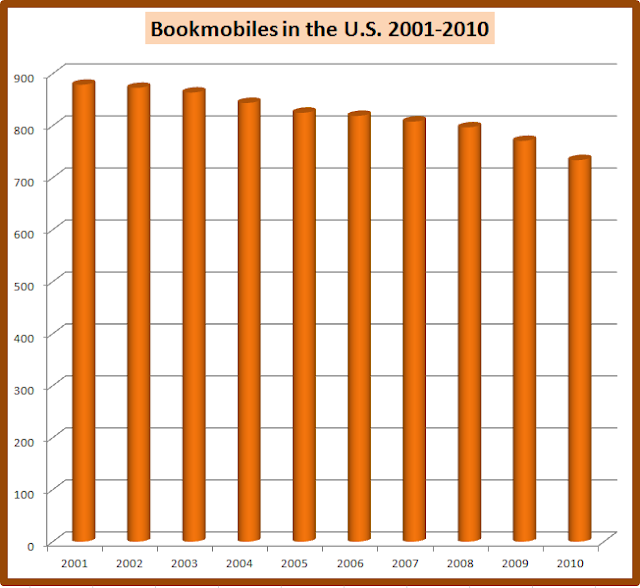 Source:  Institute of Museum and Library  Services, Public Library Survey for the years 2001 to 2010.

In my first public library job as Head of Extension Services at the Oshkosh Public Library, I supervised the operation of two bookmobiles, one that operated within the city, the other in Winnebago County.  This era of the library's history ended in 2007. 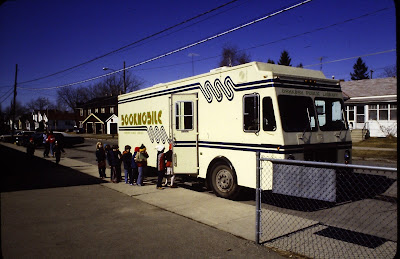 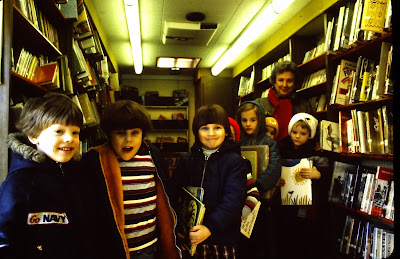 Library History Buff Blog:  A Tribute to the Bookmobile