Appleton Post-Crescent Editorial Board Thinks Scott Walker Should be Talkin' to Us, Right Here in Wisconsin

Editorial: Gov. Scott Walker should have talked in own state, not California. (Appleton Post-Crescent, 11/18/2012) 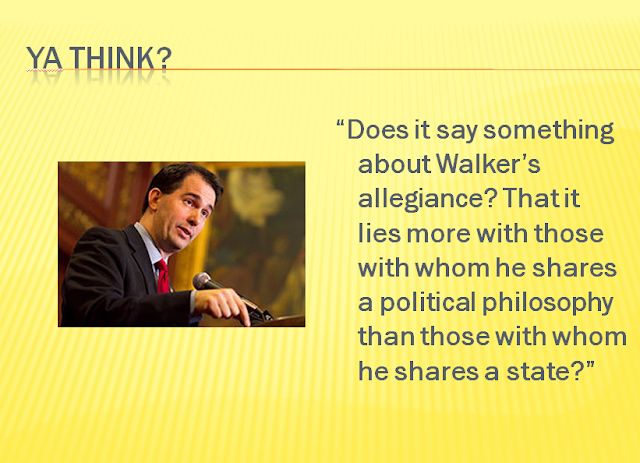 It's gotta piss him off, though, that he receives just 4th billing in the headline.

Excerpt:  Unfortunately, to make such a run, the governor has to do more than just neglect Wisconsin. He must harm the state by placing partisan politics ahead of public service.