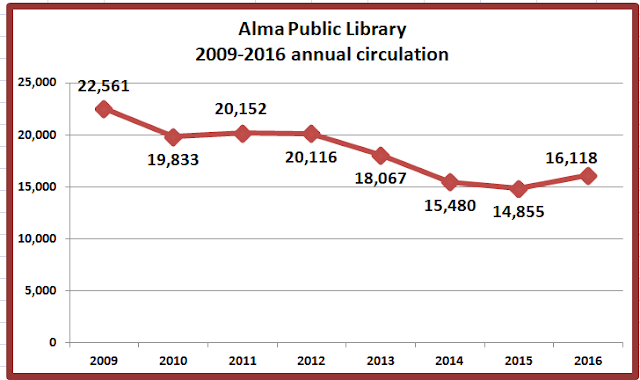 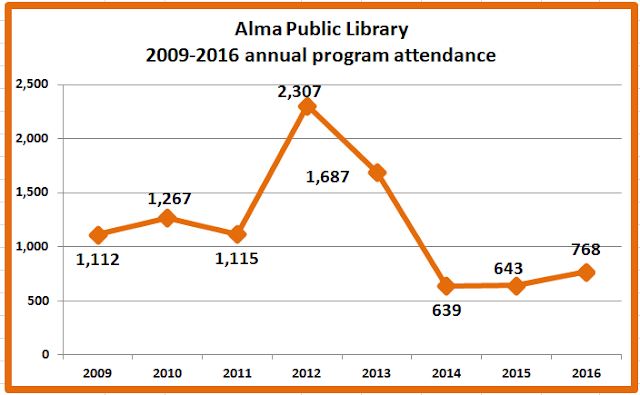 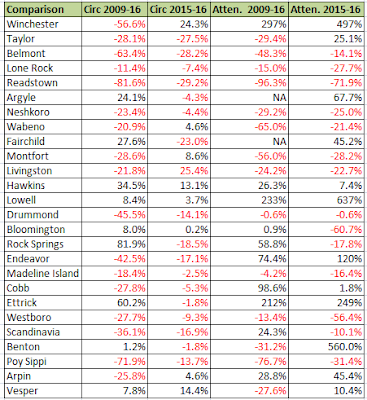 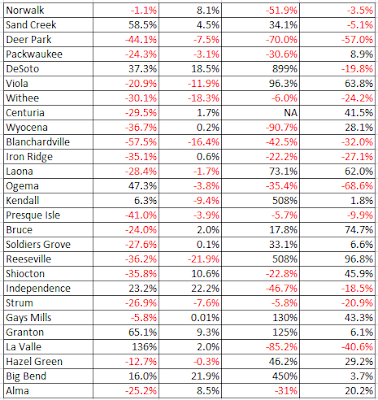 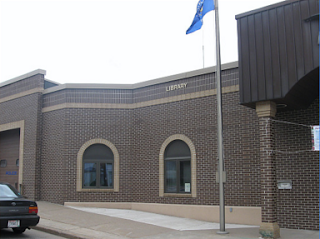 Intro to 2014 series:
Admittedly, Retiring Guy spends more time highlighting the statistics of Wisconsin's larger public libraries, which is one of the reasons that I initiated this alphabetical series and decided to temporarily suspend this top-down look at 2009-2014 annual circulation and program attendance.

This series features a bottoms-up look at 2009-2014 annual circulation and program attendance.
Posted by Retiring Guy at 6:19 AM