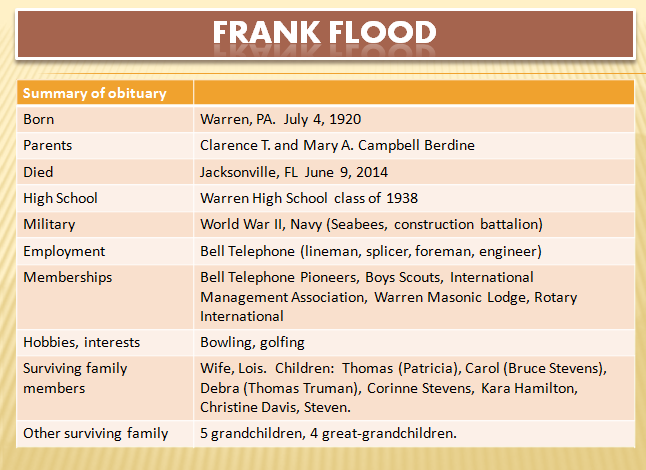 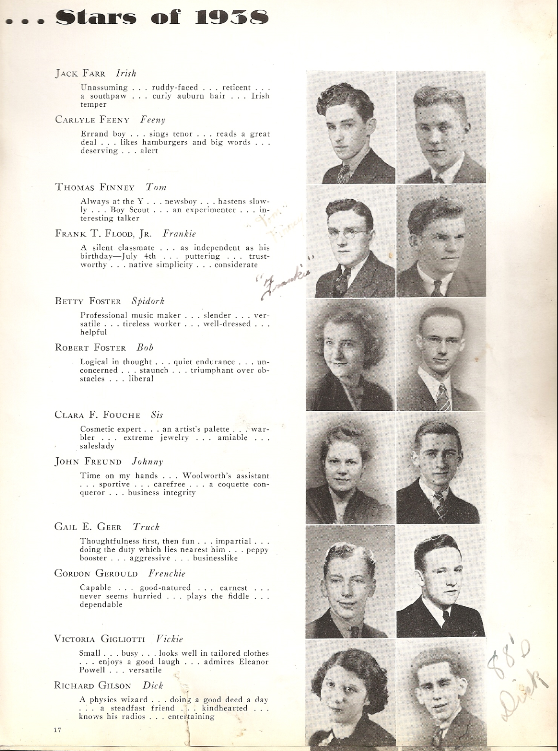 Frank's nickname was "Frankie", as he signed his name 76 years ago..  He was known for the following qualities:  A silent classmate.... as independent as his birthday -- July 4th....puttering....trustworthy....native simplicity....considerate. 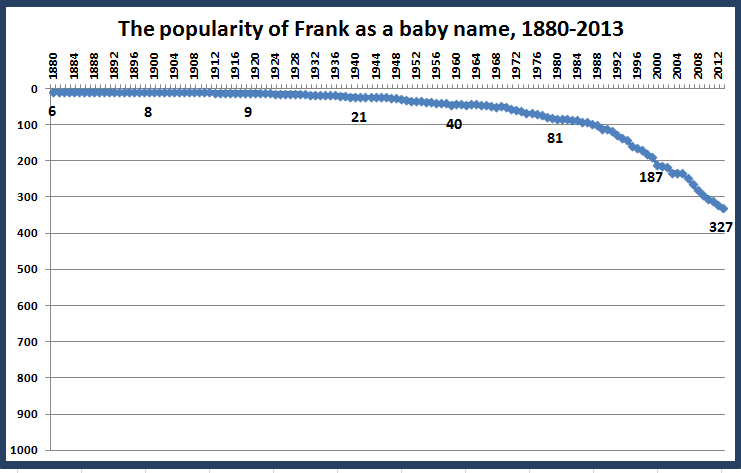 I can imagine the silent, puttering, independent Frankie having a fondness for this song, a bit hit for Bing Crosby in early 1938.