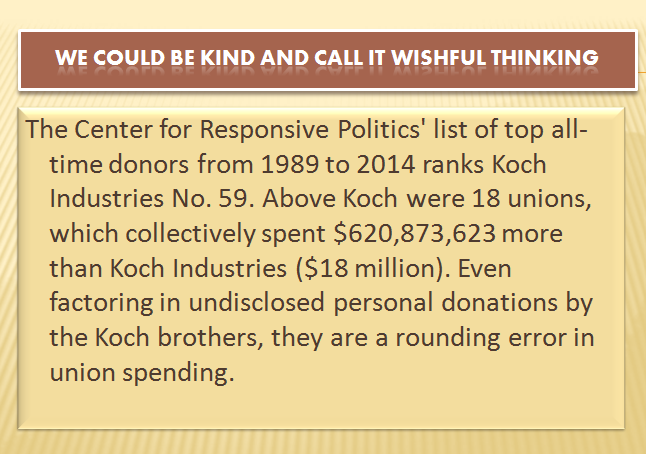 The Center for Responsive Politics provides this clear caveat, which the Wall Street editorial writer didn't read or chose to overlook.  (Emphasis added,)

It's also important to note that we aren't including donations to politically active dark money groups, like Americans for Prosperity, a group linked to the Koch brothers, or the liberal group Patriot Majority — because these groups hide their donors; see a list of top donors that we've been able to identify to such groups. We are working to revise this list to take into account the new realities of campaign finance created by the Citizens United decision, but as it currently stands, there are significant omissions. 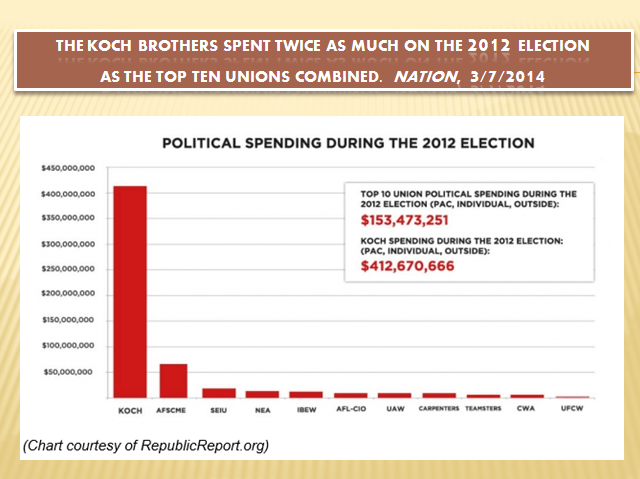 Nation
This just in from Bubble World.  ﻿  The Wall Street Journal’s Kimberley Strassel either has no understanding of campaign finance, or is willfully misleading her readers. In either case, her column today about the Koch brothers’ political spending—which parrots a meme that has bounced around conservative blogs and websites like a bad chain e-mail—gets the facts about Koch spending versus union spending completely wrong.
Posted by Retiring Guy at 12:50 PM