Warren Pennsylvania Notables and Where They Lived (The Morck-Morrison House)

August's brother was a success in his own right.  His brother, Frederick, pursued the business of oil production and purchased land at Cherry Grove where there were rumors of possible oil supply. Morck was lucky. Drilling began and well number 646 gushed in at 6,000 barrels a day. It and Cherry Grove were nationally famous and Morck's Jewelry became known as the "646 Store". Frederick Morck continued to expand his oil and coal interests and also became president of the Conewango Furniture Company on Carver Street.

Where Frederick lived, a miniature castle (1887) located at 603 Market Street. 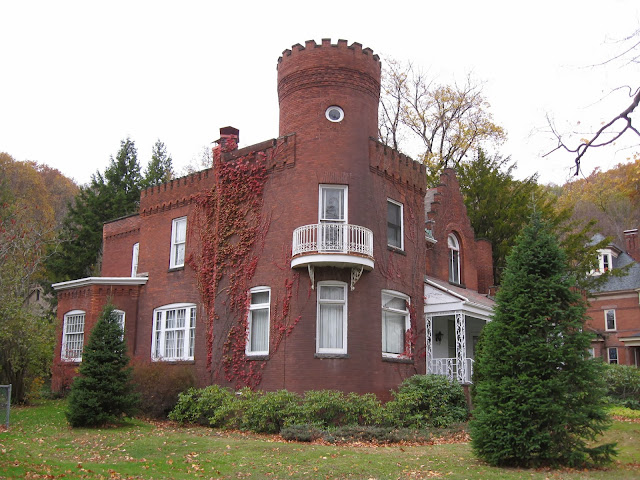 A description from Historic Buildings in Warren County, Volume 4.    The house has sixteen rooms with floors and woodwork of solid cherry.  One of the most distinctive rooms was used by Mr. Morck as a study.  It is octagonal in shape and has a wood-burning fireplace.