Rebecca Kleefisch in a Lovey-Dovey Mood Behind Closed Doors 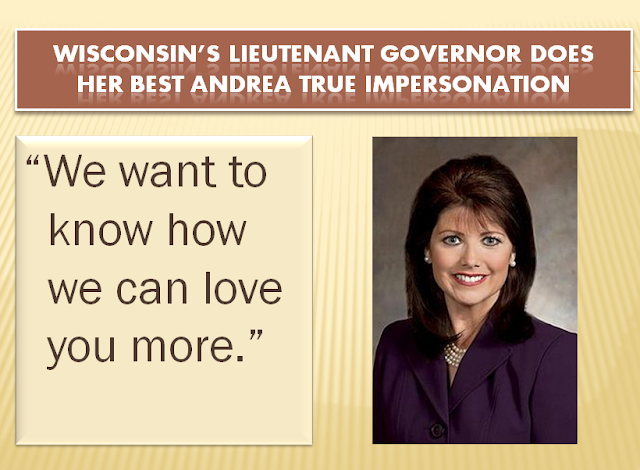 Kleefisch offered the above encouragement to 29 attendees at an invitation-only, closed-door "Tax Reform Roundtable" held in Beloit, Wisconsin, on December 9, 2013.  Four of the attendees are employees of Hendricks Holding Company, owned by billionaire and Walker "adviser" Diane Hendricks.

You remember her, don't you.

Not to be picky, but Diane has given Scott more than $500,000.  The half mil was just a single donation. 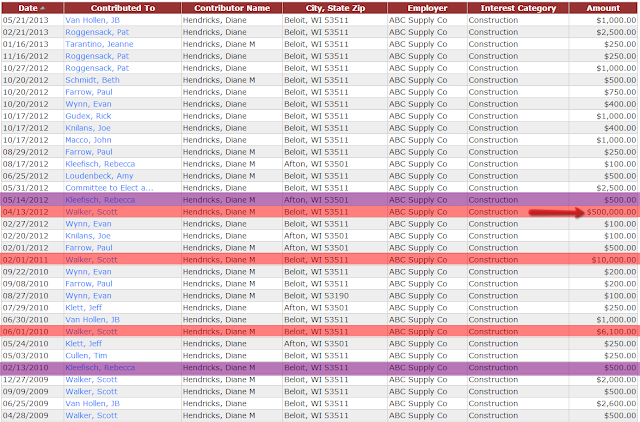