UPDATE. Donald Trump and his 'easy-to-win' trade war is a disaster-in-the-making for Harley-Davidson

Harley-Davidson's U.S. sales are down 12% since 2015, while international have declined less than 2%. 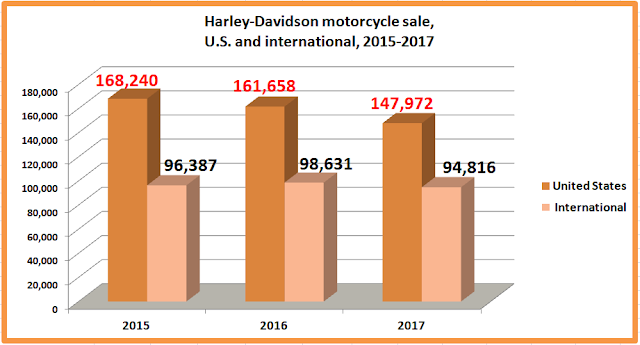 
Harley sales in Canada are up 4.3% since 2015.  Trump has said he would impose a 25% tariff on steel imports and a 10% tariff on aluminum imports, a move welcomed by the U.S. steel industry but opposed by manufacturers of metal products.

The EU said earlier its response would be “swift, firm and proportional.”

Canadian Prime Minister Justin Trudeau said Trump's planned steel and aluminum tariffs are "absolutely unacceptable" and would cause serious disruption of markets on both sides of the border. 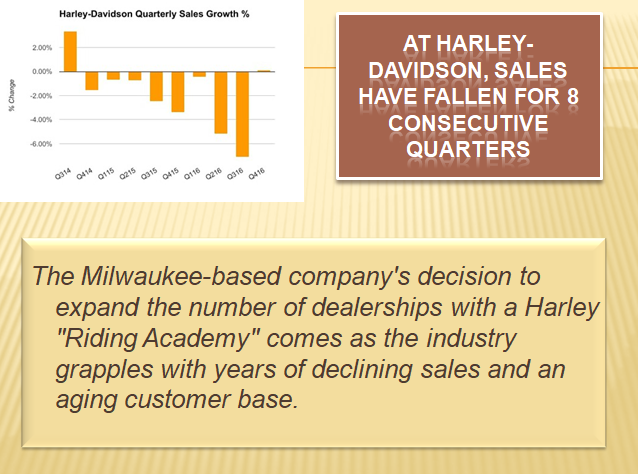 
The sales decline continues. Harley sold 124,777 new motorcycles through nine months in 2017, down from 135,581 during the same period the previous year, according to the company's most recent earnings report.