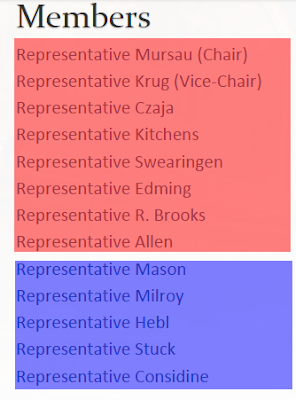 Committee on Environment and Forestry


The bill changes the method the state Department of Natural Resources would use to determine if a business development may be allowed to fill a wetland.

Under current law, a developer may be required to purchase other land to avoid the wetland, but the bill would require a developer to move a project only to land already owned in certain circumstances.


Walker’s DNR has been criticized in recent years by environmental advocates for lax enforcement of environmental laws and being too friendly to business and other special interests it is in charge of regulating.


Support for a nearly identical GOP proposal last session to reduce groundwater, wetland, waste rock disposal and other environment laws for iron ore mining and impose deadlines on the state to review mine proposals so companies can get permits faster was led by manufacturing, construction, business, banking, transportation and four other special interests, according to state lobbying records.