The interior has a welcoming, let's-stay-awhile feel to it. 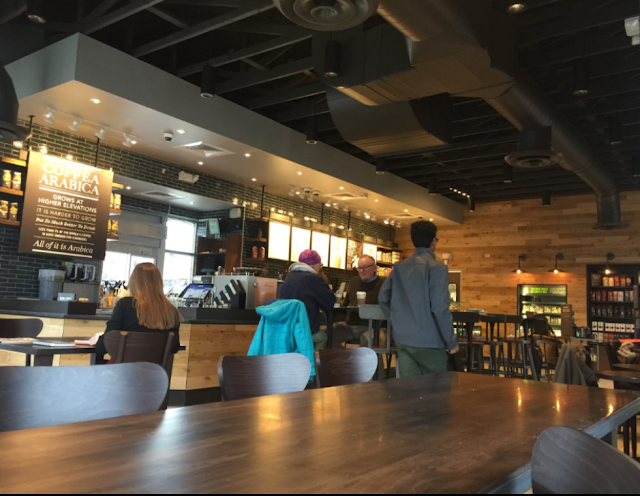 Those windows that Starbucks was required to install after the fact are now covered on the inside.  It's not a public space. 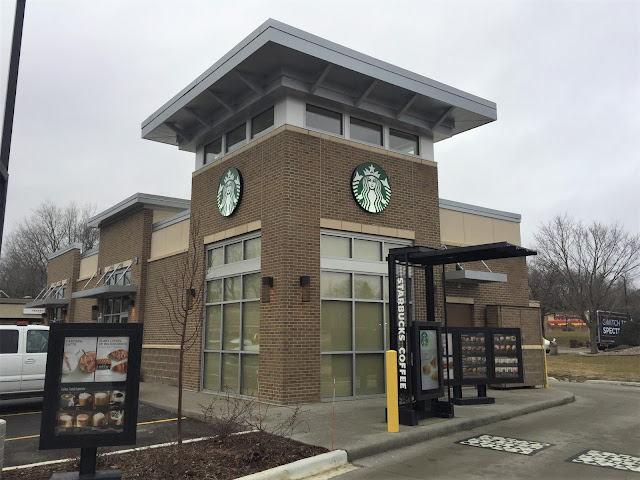 Although there's still work to be done.  Canopy over door.  Screen around electrical boxes. 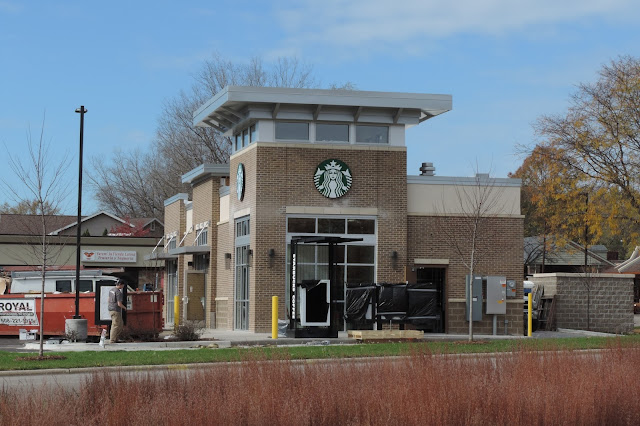 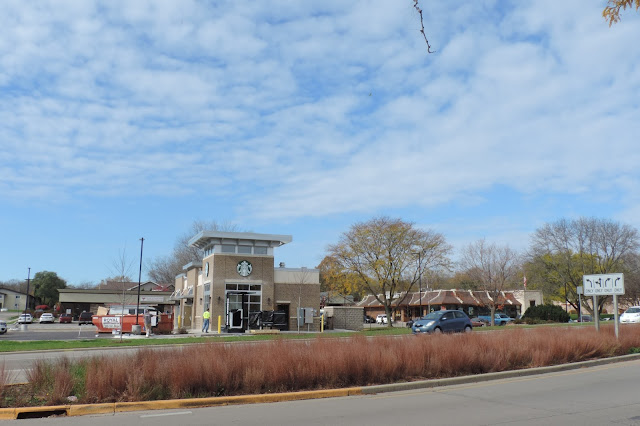 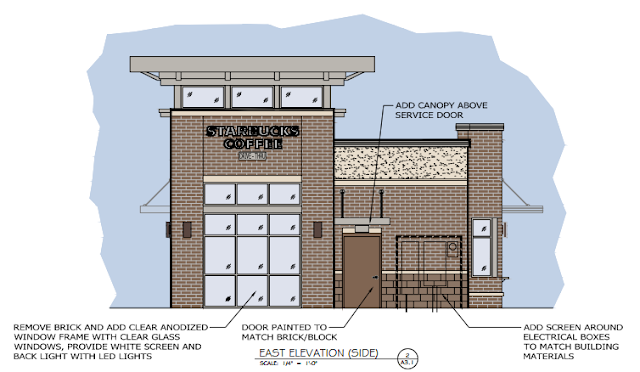 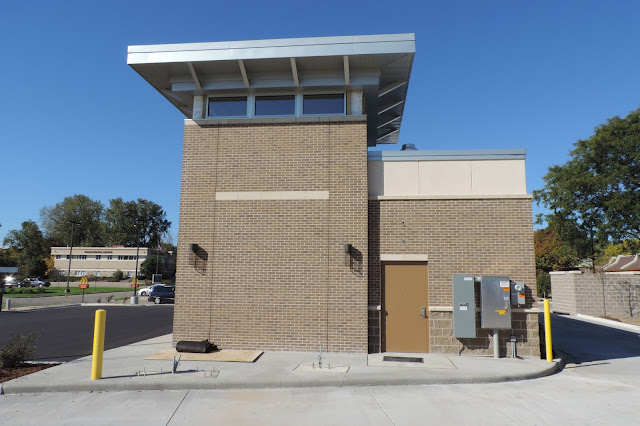 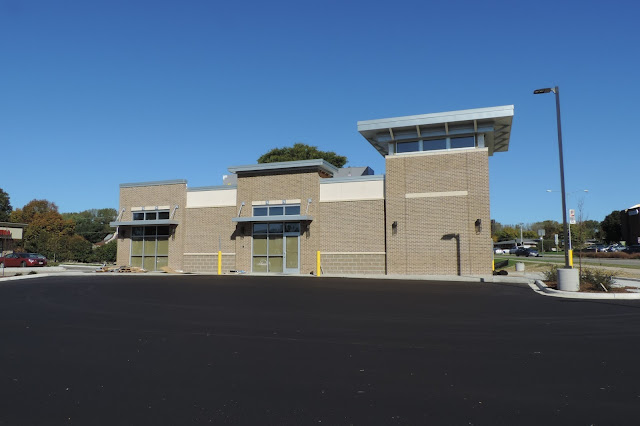 
9/12/2016 update, "You might have to wait for that Eggnog Latte at Allen Boulevard Starbucks ", starts here.

Starbucks plowed ahead with construction without getting Plan Commission approval on revisions to building facade. 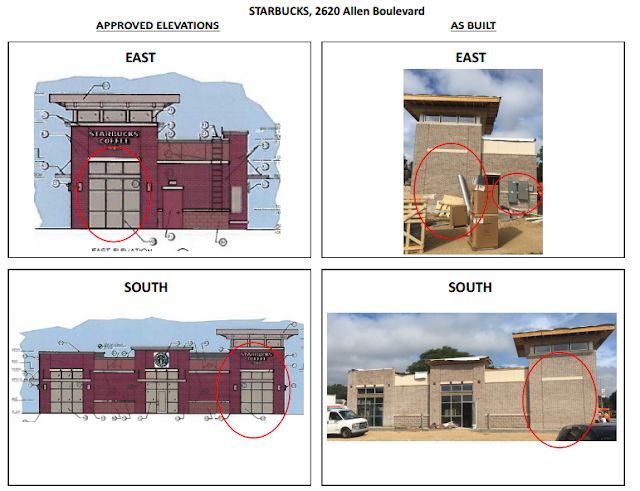 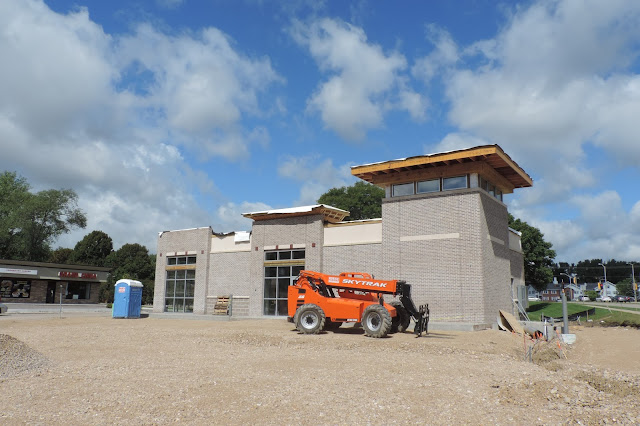 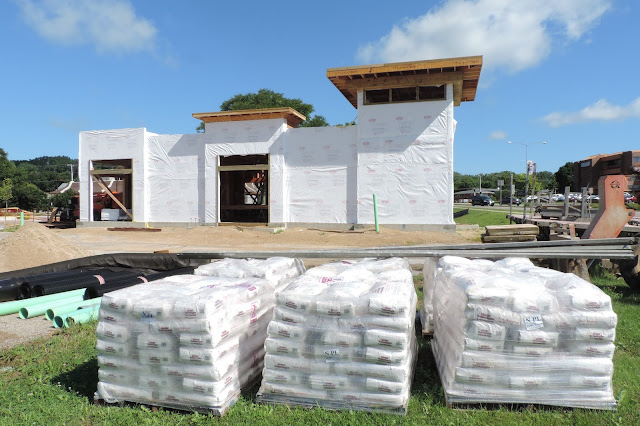 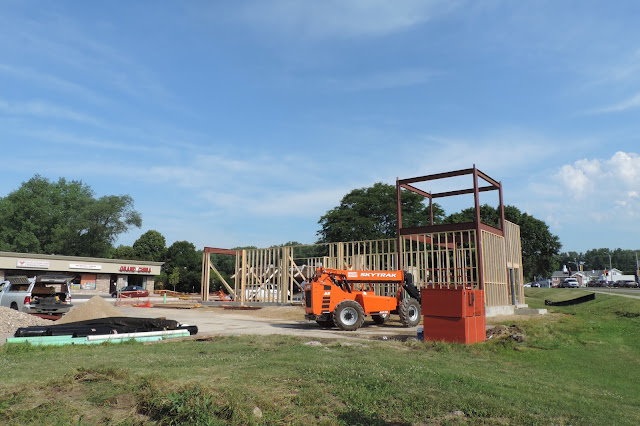 Top spot probably reserved for the big guy from Seattle. 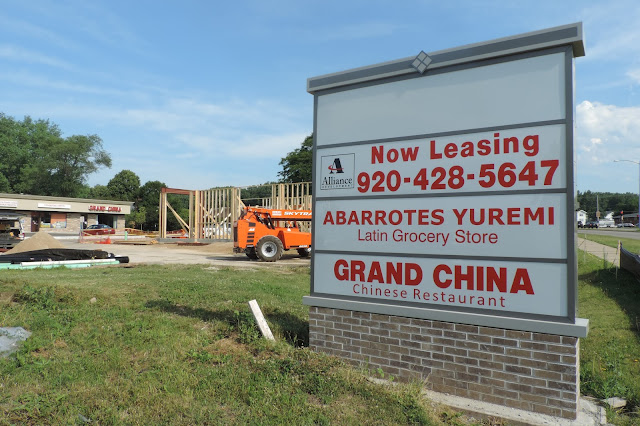 Another question to ask Mark Opitz. 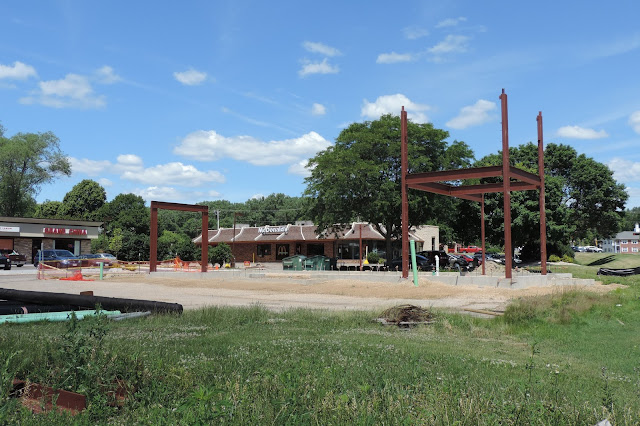 As of yesterday, this is how the site has looked for the past two weeks. 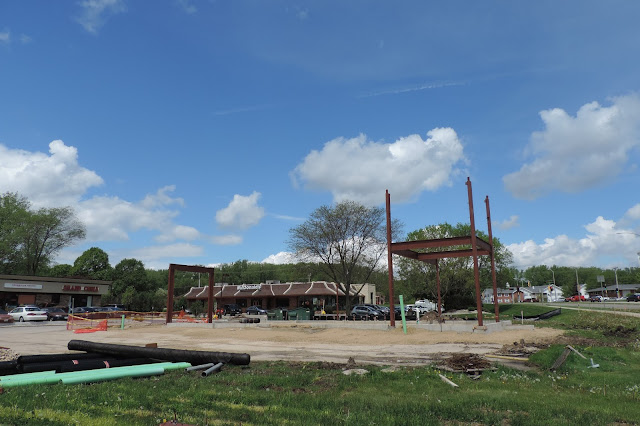 
Oh, and by the way, the Middleton Plan Commission approved the signage package on April 28, 2015.  (I thought this project was going to get underway last year.)

Starbucks plans to open what will be a third location in Middleton, this newest store located near the intersection of Century Road and Allen Boulevard. 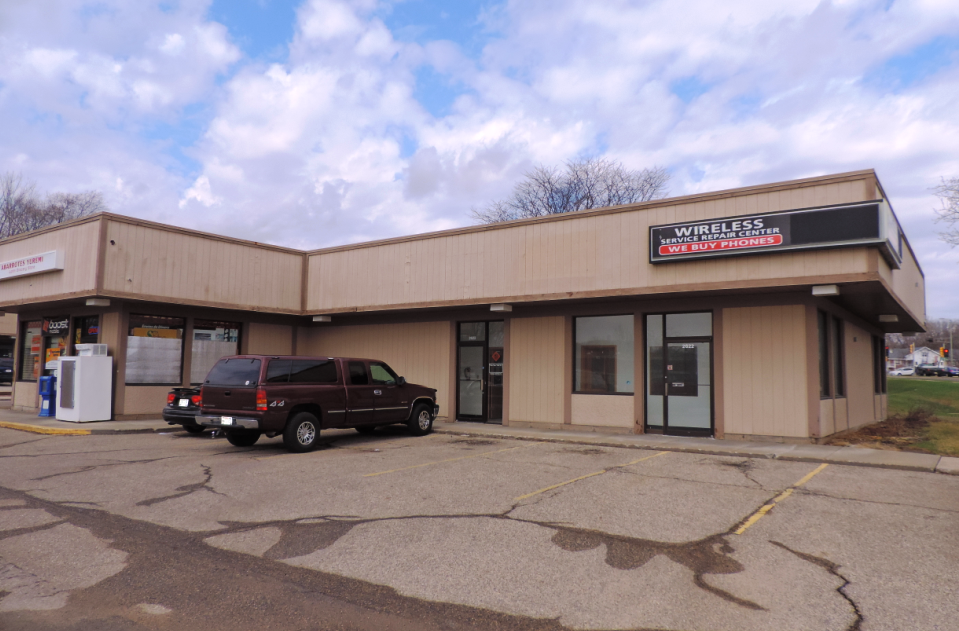 But the company wants to display 10 signs on the building.  The City of Middleton's current sign code allows for just 2.

Should be an interesting Plan Commission meeting on April 28th. 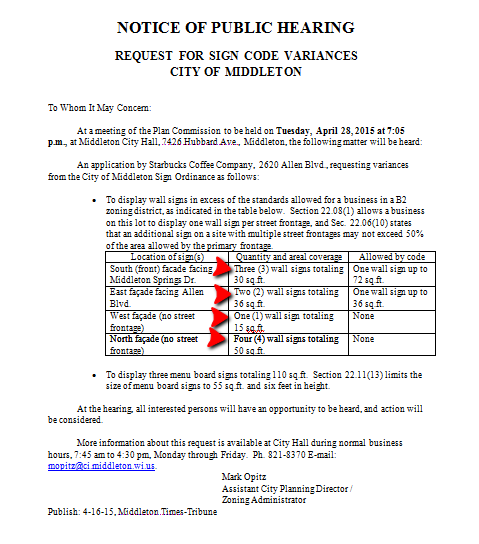 Speaking of the Five Man Electrical Band, I much prefer their follow-up single to 'Signs'.

'Absolutely Right' spent 8 weeks on the Billboard Hot 100 in late 1971 and peaked at #26, probably not enough to keep the group from being considering a one-hit wonder.

Who needs 10 signs to know it's a Starbucks? Doesn't the ubiquitous mermaid do the trick all by herself? :)