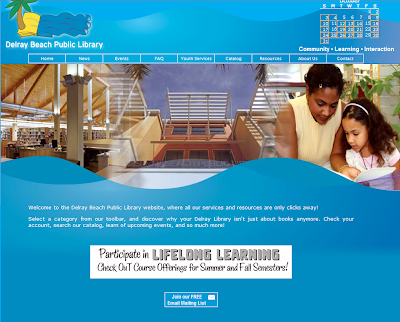 Excerpt: Some parked their walkers in a corner. Others held bright yellow signs outside while others piled hurriedly into an auditorium. The 60 senior citizens who showed up Tuesday at Delray Beach Public Library all had one thing in common: They were angry.

"It was so undemocratic," said Loise Cammorata, 72, who held a yellow sign outside the library. "They never got the other side of the story."

Picketers wanted library officials to hear their side of the story and to restore the program that services hundreds of seniors during season.

For their part, library officials say the program has a long history of unruly behavior. Participants have been told to shut up for their opposing points of view, there's been name calling and once there was a fist fight in the parking lot.

Still on the calendar for November.