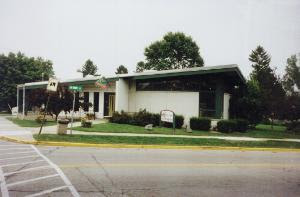 Excerpt: A structural engineer spoke to the Fox Lake City Council about the condition of the library building Wednesday.

The city had the library inspected after someone made claims that the building was unsafe.

Kent Fish, a registered professional engineer from General Engineering, inspected the building on Sept. 14 and said the library "was in good shape, with the exception of one area" - a concrete slab porch that is settling. He said an old cistern or fuel tank may be failing under it and recommended the slab be removed to find out what the problem is so it can be corrected.

Fish also addressed concerns about drywall cracking. He said when there is snow on the roof, the weight of the snow causes the roof to deflect, and cracks the drywall.

He said problems with leaking and mold in the basement of the library were caused by a downspout that had come loose. Water was dumping next to the building, which created a depression. City public works employees have already filled in the depression to correct the problem.

"The library should be in good shape structurally," Fish said.

He said it would be feasible to add on to the library.
Posted by Retiring Guy at 6:26 AM