UPDATE. Youngstown Ohio has had its share of ups and downs (The Great Depression edition) 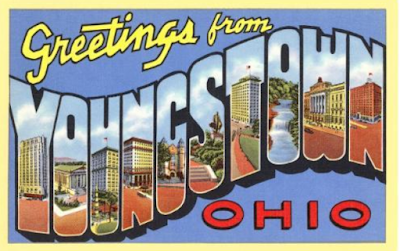 Notecard annotation from 1970s research on The Great Depression.  which turned out to be nothing more than a self-learning exercise. 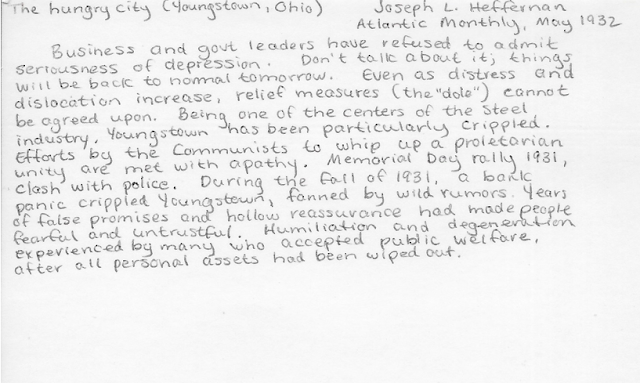 Link to the article 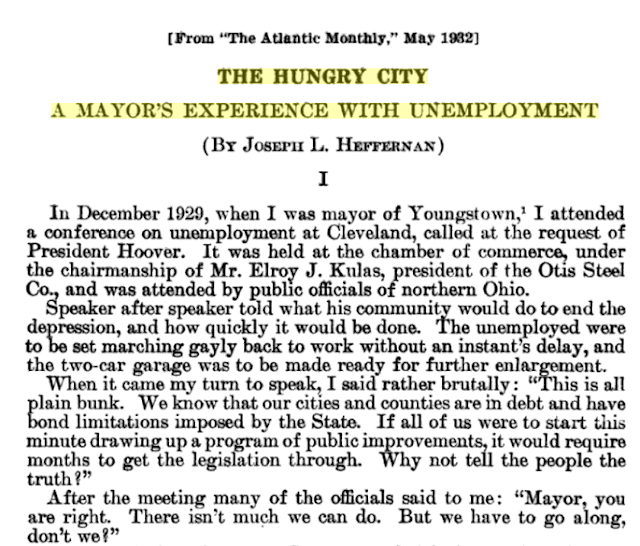 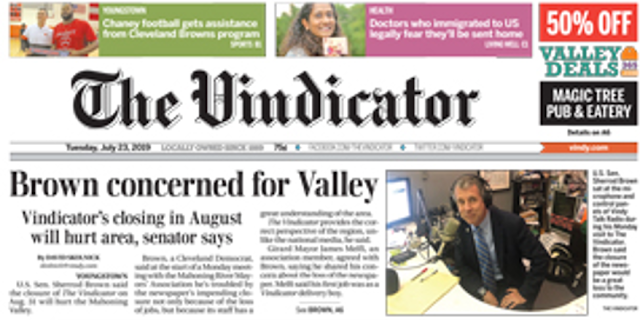 
The newspaper’s closure comes a few months after GM ended production in March of the Chevrolet Cruze at the 53-year-old Lordstown plant in March, eliminating about 1,600 jobs left at that facility. As recently as January 2017, there were 4,500 workers there.

The association’s mayors said they’re seeing GM workers in their communities putting their houses up for sale as they leave the area for jobs at the automaker’s other plants. 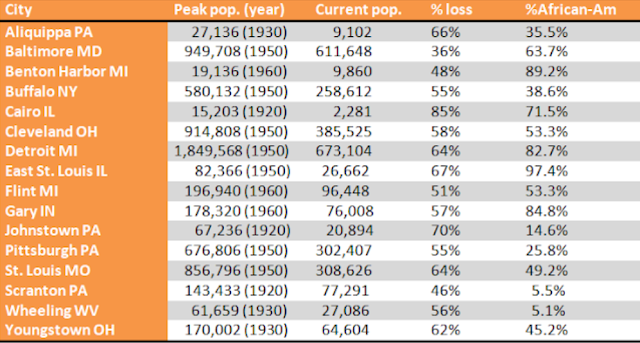 African-Americans comprised 12.7% of the population in 1950.


Nearly one hundred years ago, the steel city of Youngstown, Ohio was on the rise. Like many cities and towns in what was the "Industrial Heartland of North America," Youngstown steadily boomed with the rise of manufacturing. The population of the city rose from 33,000 in 1890 to 170,000 in 1930. Youngstown became the center of Mahoning Valley, better known as the "Steel Valley." Steel mills lined the Mahoning River for miles. Enormous industrial concerns like Republic Steel (founded in Youngstown) the U.S. Steel Ohio Works and Youngstown Sheet and Tube's Brier Hill Works operated day and night, dominating the city's skyline and encasing the heavens around Youngstown in a leaden haze. Few seemed to mind though, for as one steelworker put it, "Everybody breathing dirt, eating dirt-they call it 'pay dirt,' for Youngstown clean would be Youngstown out of work."  Youngstown grew as an economic monoculture. Steel dominated every aspect of life.

They're not alone.  Other population loss series.