No One Even Bowling Alone 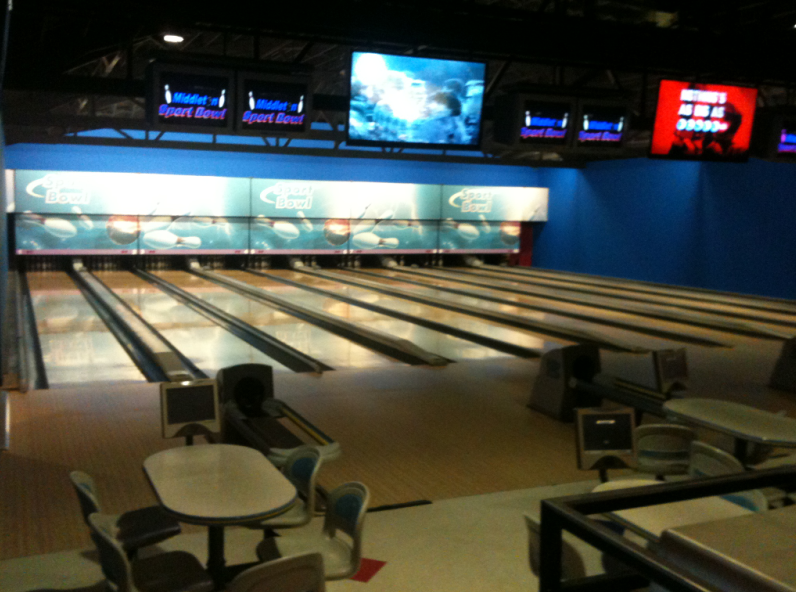 The alleys at Middleton Sport Bowl used to be a busy place on a Saturday night.

Peaked at about 12,000 in the mid-60s.  The U.S. had 4,061 bowling centers in 2012, down 25 percent from 1998, the earliest year for which the U.S. Census collected consistent data. But the decline of the bowling alley probably started a lot earlier. The U.S. added 2,000 bowling alleys between the end of World War II and 1958, when the American Society of Planning Officials reported that “the bowling alley is fast becoming one of the most important—if not the most important—local center of participant sport and recreation.” 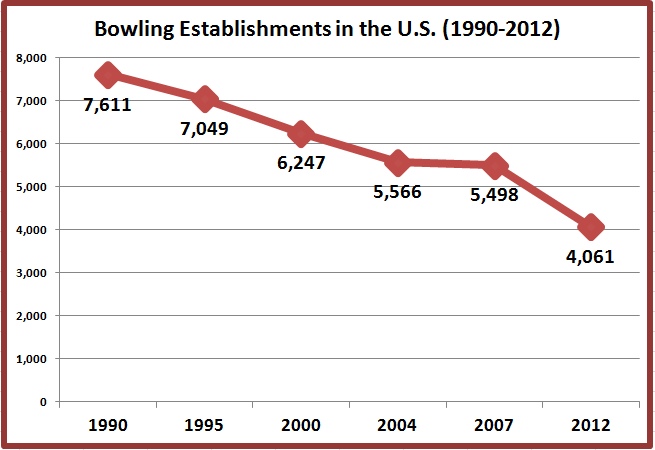 At the time this promo was made,  Beat the Champ had long been a staple of late-Saturday afternoon Buffalo TV.   During the early 1960s, a group of preteens used to gather regularly at the Penn Lanes (east side, no longer in business) or Riverside Lanes (west side) in Warren PA to Beat the Jelly.  (One of the better bowlers among this group of friends had already developed a gut, or, as we called it, a jelly belly.)