I like the print edition headline better.  "With Money Tight, Museums Take It Off".

Entice, broaden, and appeal:  And sizzle is what a number of major European institutions seek this fall, hoping that a focus on sex will entice visitors and broaden their appeal to younger generations and a demographic who are more likely to read Marie Claire than Le Monde.

"Masculin/Masculin" proves to be a big draw.   And the crowds are coming, averaging more than 4,500 people a day, triple the amount for a show at the same time last year, according to museum figures. 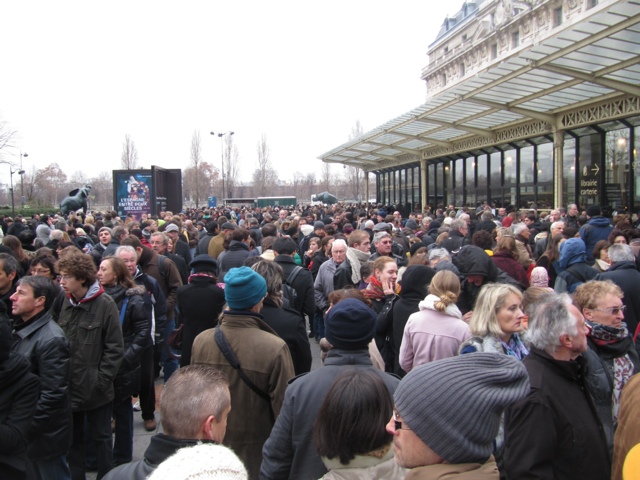