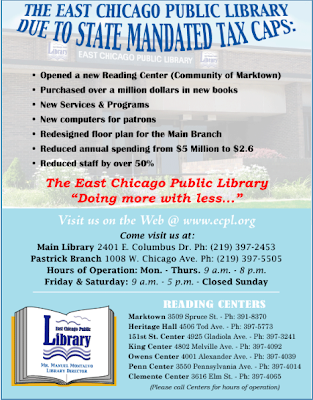 Excerpt:   The Indiana attorney general's office says it's asking a judge to freeze the assets of the former director of the East Chicago Public Library while a state audit continues into his travel and other expenses.

The suit against Manuel Montalvo was filed Tuesday in Lake Circuit Court.

A recent State Board of Accounts audit recommended that Montalvo repay the library more than $12,000 for travel, lodging, food and vehicle costs for which accountants could determine no library business purpose. Four library board members voted to fire Montalvo last week.