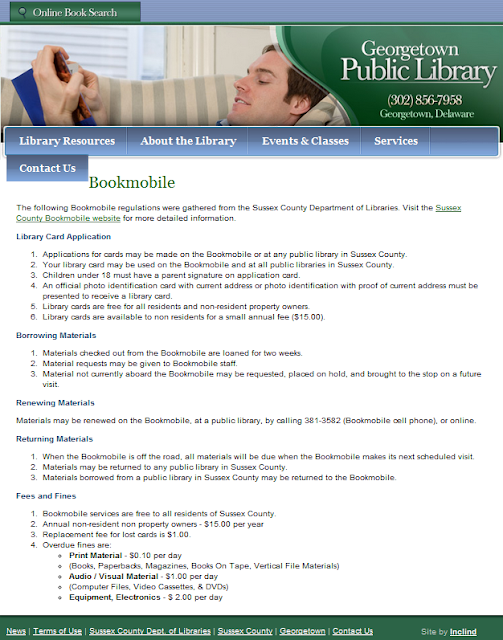 Excerpt: The Georgetown Public Library will remain closed through the end of January, with repairs to the water-damaged facility estimated to cost $250,000, officials said.

On Sept. 26, a defective pipe fitting led to the damage of books, carpet, furniture and drywall on the building's first floor. The flood occurred less than two months after the Aug. 9 grand opening.

"The nature of this disaster is taking longer [to repair] than we'd hoped," said Paul Enterline, president of the library's board of directors. "Basically, it's kind of like a whole new building project."

In October, officials said the 29,400-square-foot building would be closed for eight weeks. Since then, the opening of the first floor has been further delayed, but the second floor has been opened to the public.

Until the entire facility can reopen, patrons can take advantage of the Sussex County Bookmobile, which is now on the road again.