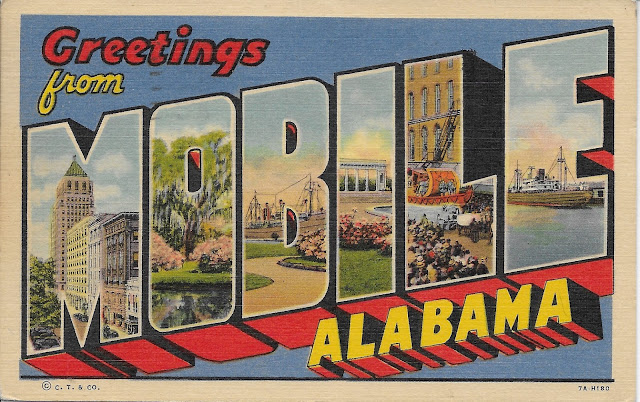 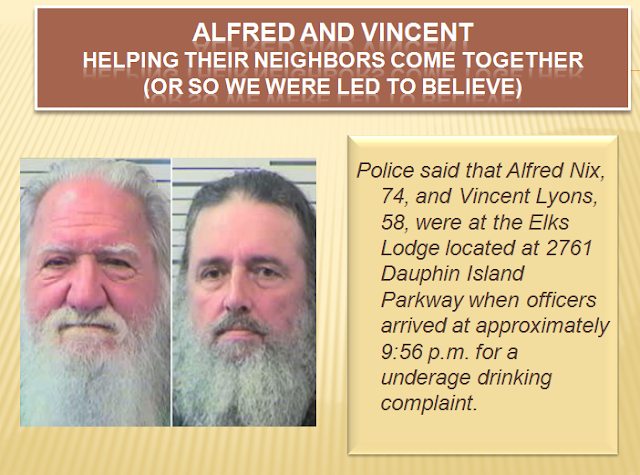 The Exalted Ruler is not pleased. 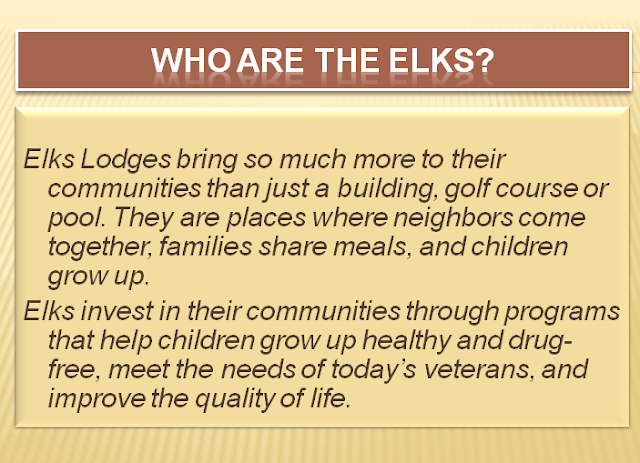 UPDATE.  It gets better for Alfred and Vincent but worse for the parents of the underaged drinkers.  The mission statement, as applied to this lodge, remains nothing more than a scrap of paper.


District Attorney Ashley Rich says Nix and Lyons did not furnish the alcohol and did not plan or participate in the high school fraternity party. They were workers, one a janitor, who happened to be there. Rich says the real problem is the parents who support and allow underage drinking.