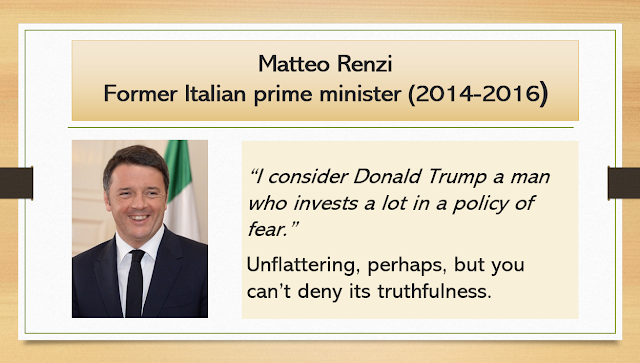 
Such incoherent rage, combined with confusion distinguishing between friend and foe, is uniquely disconcerting coming from the most powerful man in the world. Trump once worried that “the world is laughing at us.” Now the world is staring at us, mouth agape. 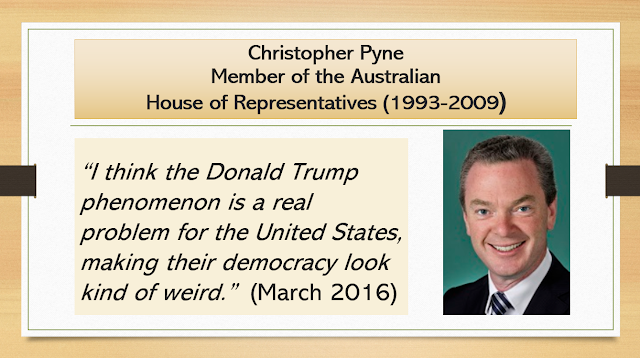 
The Lowy Institute poll shows that since 2011 faith in the US to act responsibly has fallen from 83% to 55%, while only 30% of Australians have confidence in Trump’s foreign policy. 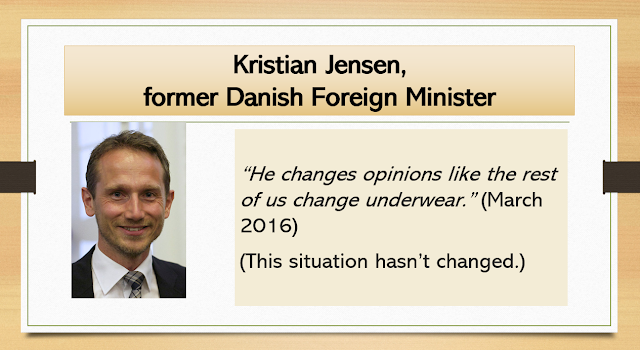 Related reading:
Trump says he could be 'most popular person in Europe’ and 'run for any office'.  (The Independent, 1/2/2019)


In a 2016 Pew Research Centre poll, 84 percent of people in Germany, Britain, France, Canada and Sweden believed the American president would “do the right thing in world affairs,” Mr Romney wrote. “One year later, that number had fallen to 16 percent. 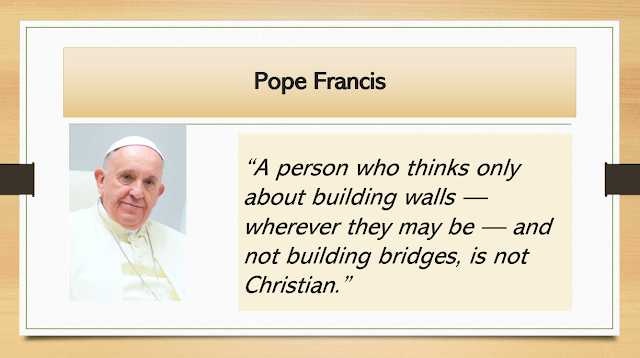 
Pope Francis has made no secret in the past of his disdain for President Trump’s immigration policy. Francis speaks frequently of welcoming migrants; he has said he prefers bridges rather than walls.