Feel older now: 50 years ago, "The Cheater" debuted on the Billboard Hot 100

Meet Bob Kuban & the In-Men, an 8-man, one-hit wonder from St. Louis.  Kuban, the group's drummer, formed the band in 1964.  I liked "The Cheater" from the moment I first heard its catchy, brassy intro.  And it's still a song I find eminently listenable.   In moderation, of course.

More 1966 Billboard chart-related mayhem.  Walter Scott (nee Walter Notheis, Jr.), the band's lead singer, disappeared in late December 1983.  After his body was found three years later, an autopsy determined that he had been shot in the back.  His ex-wife and her boyfriend were charged with the crime. 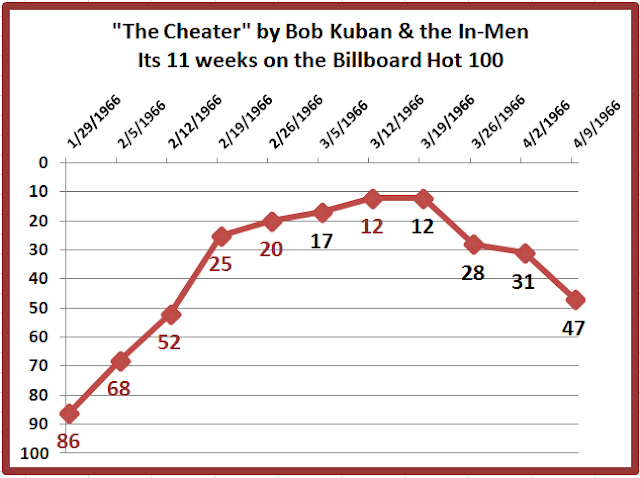 Continuing a theme, you might say, the band released a follow-up single called "The Teaser" in April 1966.   It's awful and deserved to tank, which it did, foundering at #70 in its 3rd week.  Watch this egregious video at your own risk. 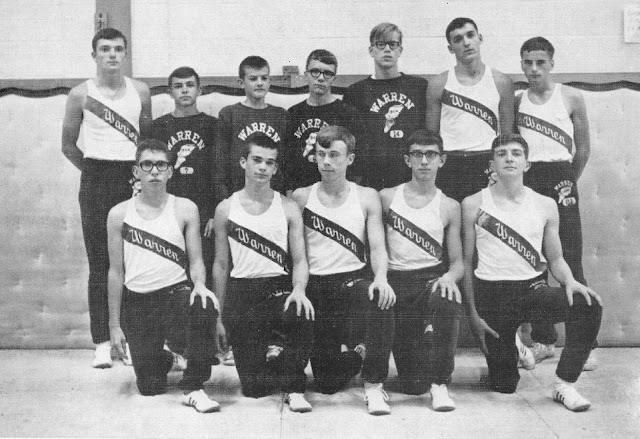 Labels: Bob Kuban and the In-Men, homicide, The Cheater